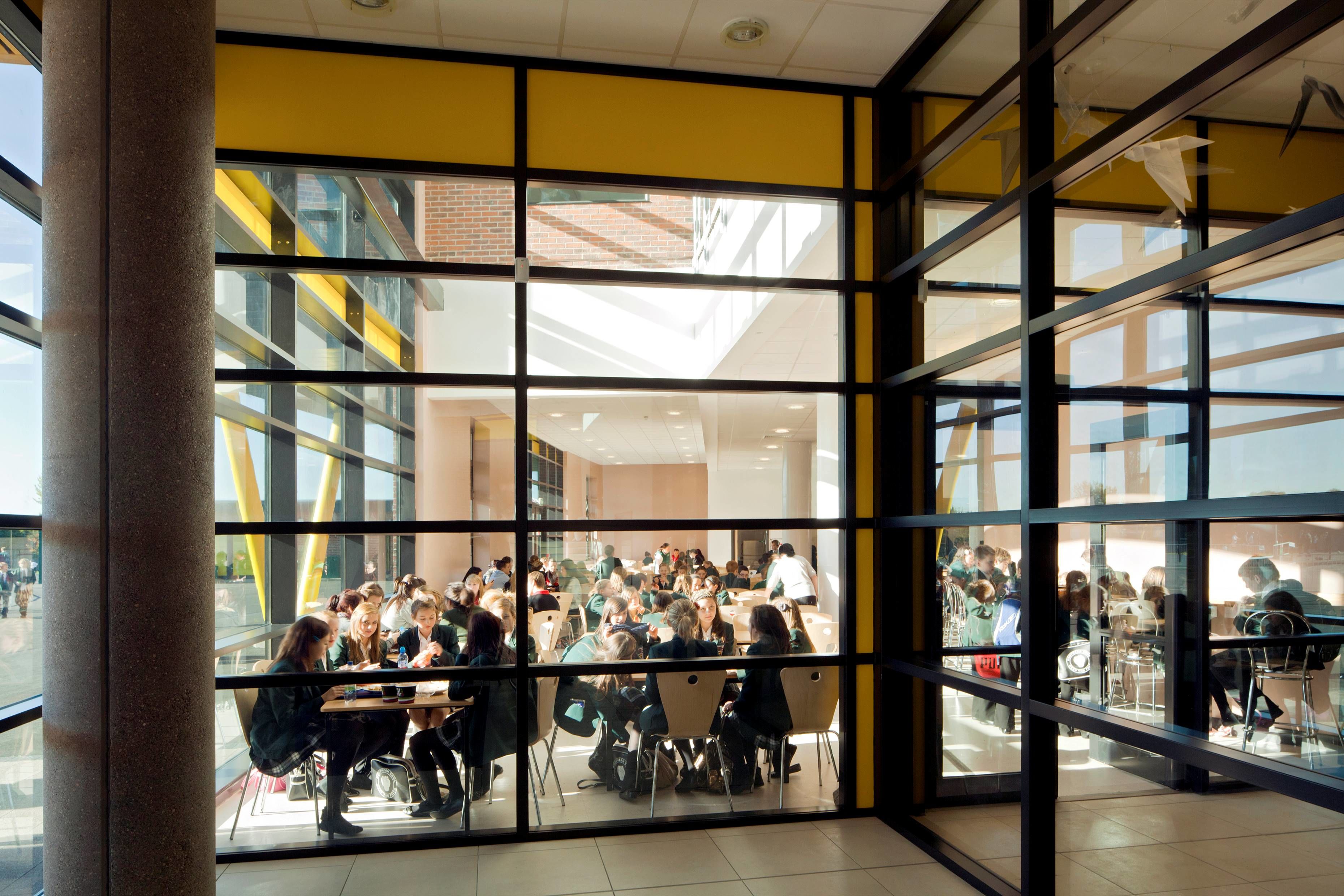 Revisiting St Robert’s- A School Built for the Future?

Going back to school took on new meaning when we visited St Robert of Newminster School, in Washington, Tyne and Wear. The school’s campus underwent a major redevelopment in the late 2000s as part of the UK Government’s Building Schools for the Future programme - the last in the region to be delivered before the investment programme was ceased in 2010.

Since the redevelopment, the popular secondary school has continued to boast above average student attainment levels and exam results and, whilst the redevelopment allowed for some growth in student capacity, it is still consistently oversubscribed. There are currently over 1600 students on its roll.

Assistant Headteacher, Mr Green, welcomed us to the school to show us around. He’s taught at the school since 2004. As a former St Robert’s pupil himself, he’s also able to compare today’s facilities to those of the 1980s and 1990s too.

The school complex has three distinct elements. A large sports hall block - the oldest part of the school property, dating from the 1970s. Then there's the Quad Building, developed in the late 1990s to replace a 1970 three storey concrete building. The most recent addition to the school, is the large, two-storey main block to the south of the site, designed by Space Architects to link in with the existing Quad and replace the remaining parts of the 1970s complex. 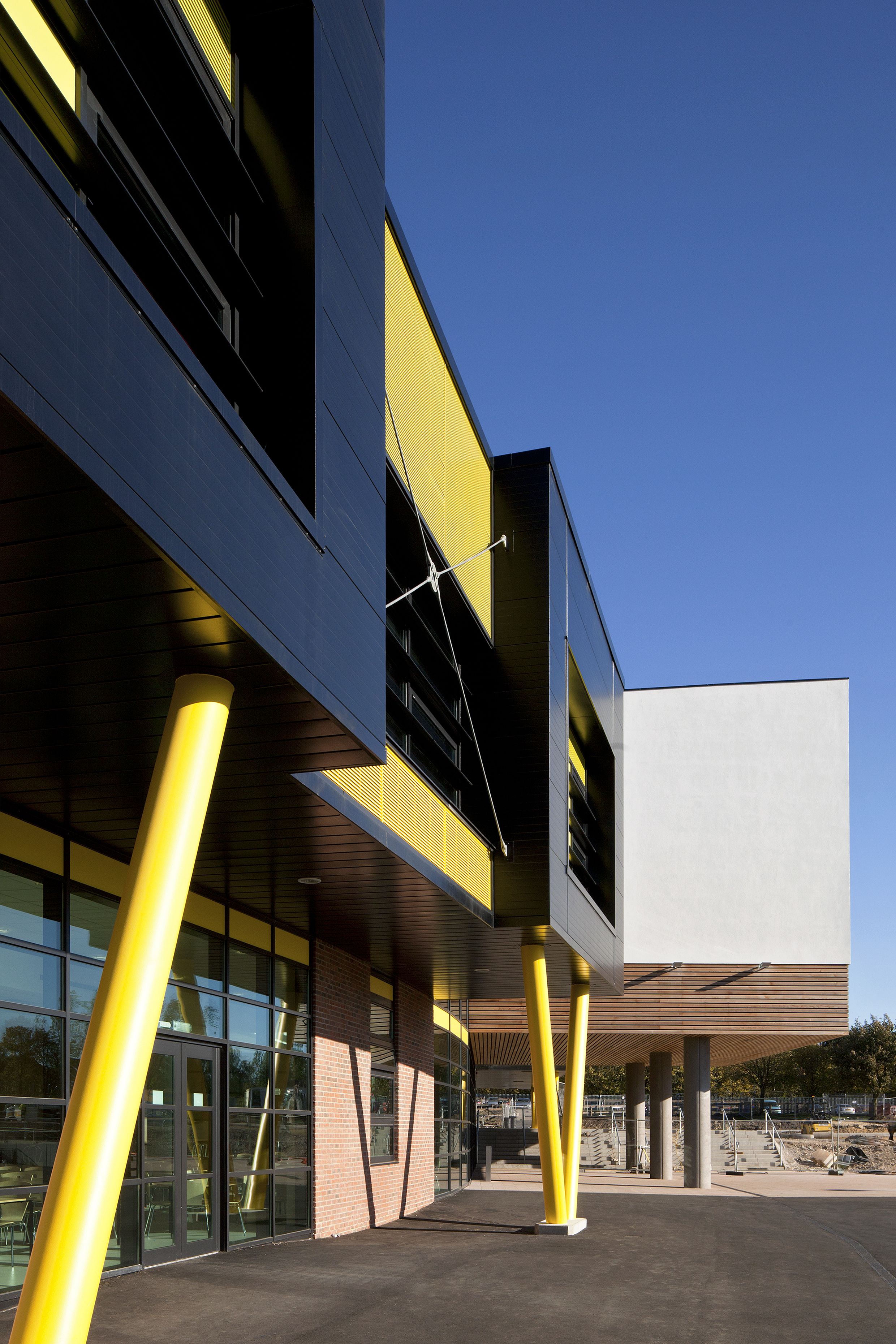 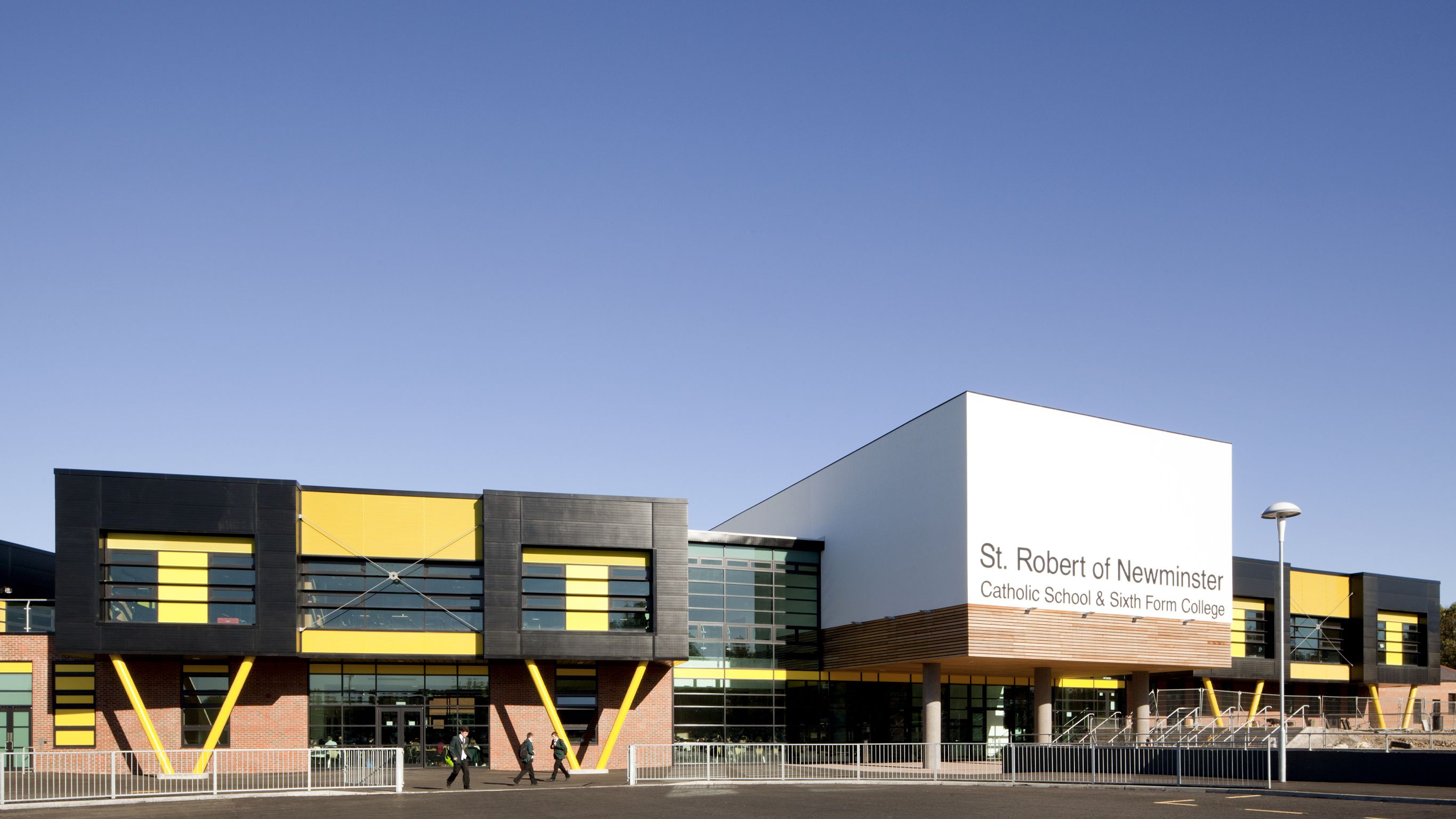 Mr Green proudly shows us the photos he took in 2010, documenting the new building construction, before walking us through the various parts of the school. Whilst it is an amalgamation of connected components, it works. The range of different indoor and outdoor spaces have enabled the school to create clear home areas for the younger and older year groups, which provides familiarity, comfort, and a sense of identity for students and also helps them recognise their progression through the school, as they move into a new area with each new school year.

Naturally, we were most curious to learn how the Space-designed areas were being used, some twelve years on from completion.

Mr Green guides us through the wide spacious corridors, bright, airy dining hall and around the multi-functional learning spaces, which he describes as ‘Pods’ – one each dedicated to Music, Geography, History and Modern Foreign Languages. 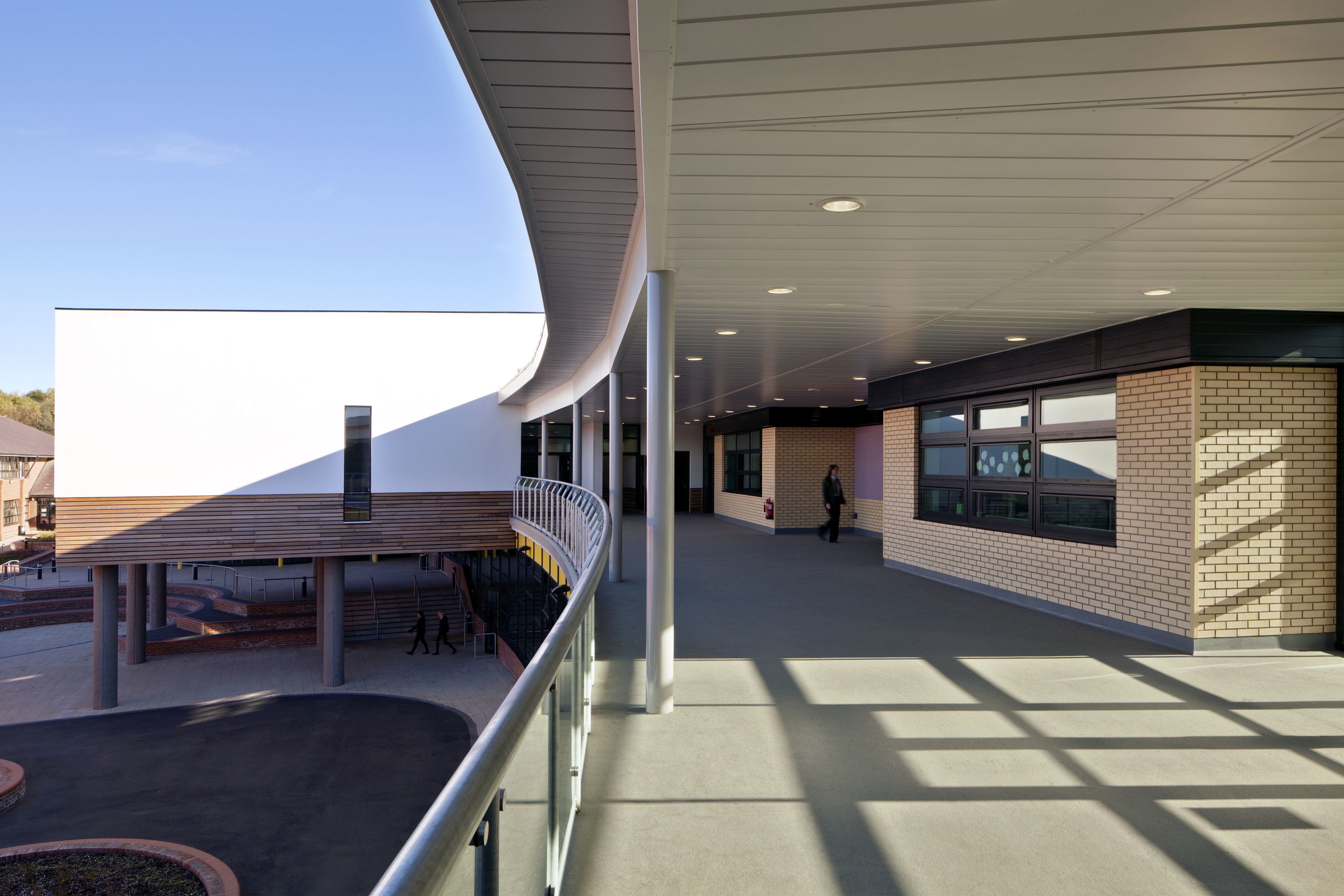 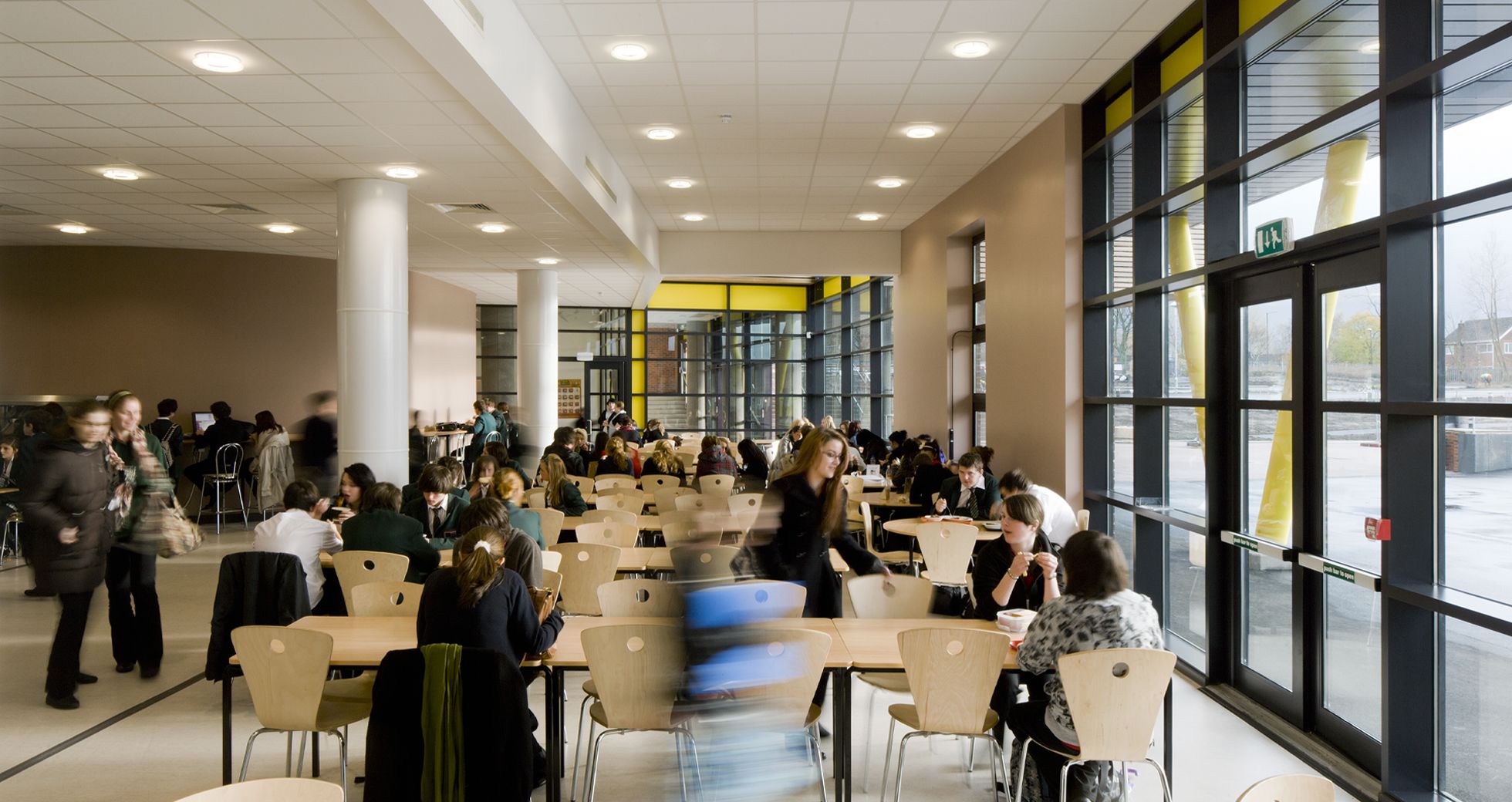 When designing the school, the programme name ‘Building Schools for the Future’ was also the brief - creating spaces that would inspire new and different ways of teaching and learning as we headed into the 21st Century. Whilst it’s evident here that the traditional, ‘tried and tested’ classroom set up is still very much a preference for teachers, with all desks facing towards a focal point at one end of the room, digital, interactive walls have replaced the blackboard as that focal point, and flexibility built into the rooms’ structure supports a change of layout when required. Each pod’s designated classrooms are clustered around a central, multi-use resource space, which, when opening up a moveable wall, makes a larger space, capable of hosting an assembly of around 100 students.

Mr Green specialises in teaching Design and Technology and so takes a keen interest in the practical design and operation of the buildings. He’s especially interested in sustainability. He explains that in the newer part of the school, the environment is just right. No-one ever seems to complain about being too hot or too cold – unless they’re waiting outside in wintertime of course! He points out the green roof and its sedum plants that have grown and become more colourful over time, and the separate boiler house that improves ease of maintenance. The seemingly indestructible steel doorframes around the building, Mr Green says, are one of his favourite features, especially given the umpteen repairs he’s seen required to the wooden frames used in the older part of the school! 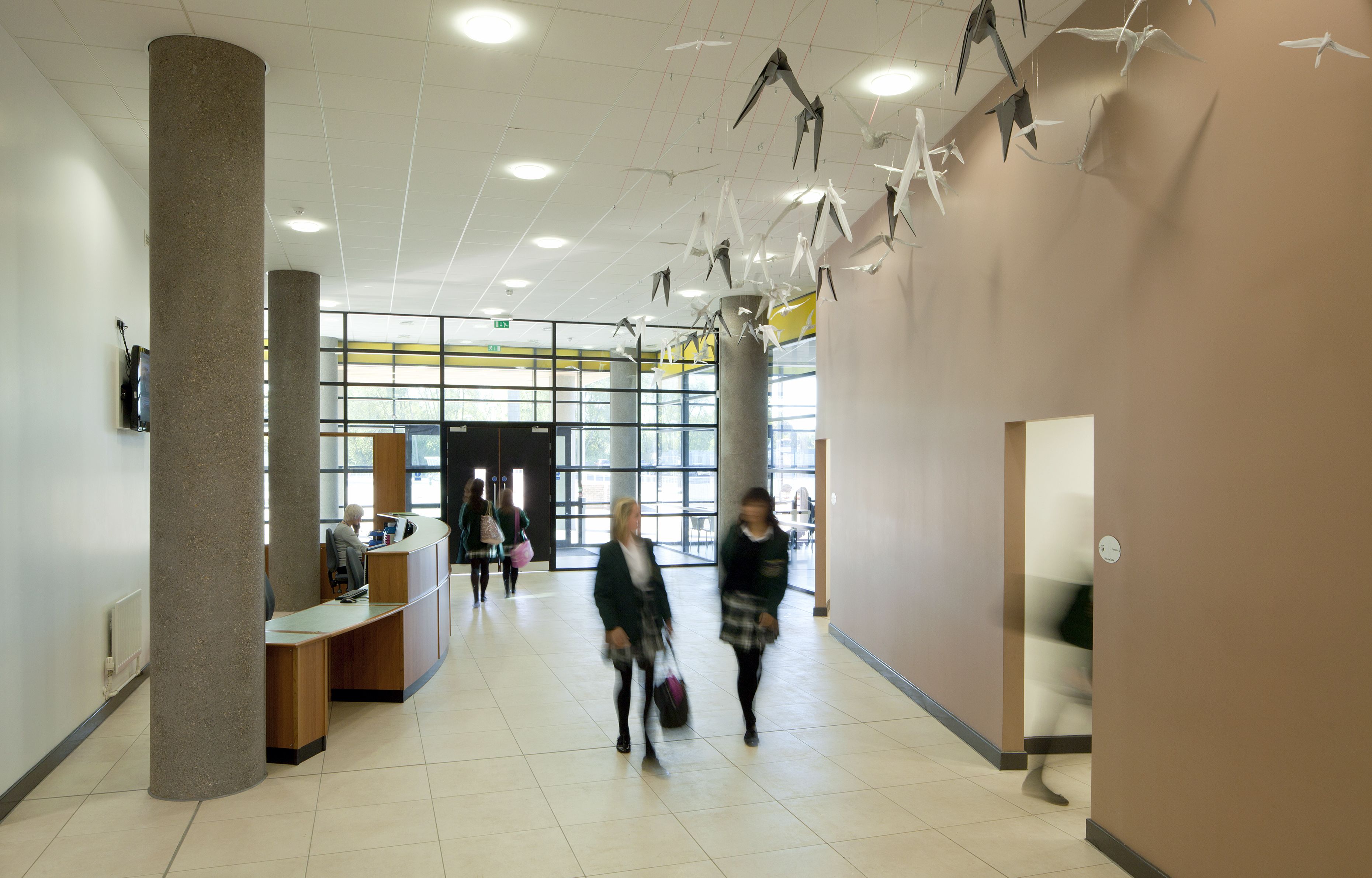 It’s great to hear that the performance hall with its retractable, tiered seating and adjoining dance studio is a much-used space for staging a host of activities from drama productions to parent’s evening presentations and exams. Looking at its décor, fixtures and fittings, you can tell it’s been loved and cared for as it looks almost as new as when it was completed back in 2010!

When designing for the future, few would have predicted a global pandemic featuring in that, however, the main building’s design using the pod zones, helped the teachers segregate their student ‘bubbles’; its wide corridors and generous classroom sizes too helped make social distancing much easier than in the older Quad area.

We revisited St Robert’s on a weekday, at a time when all the children were engaged in their lessons and, during our walk around, couldn't help but notice the sense of tranquillity around the school, excepting for the odd faint strain of a melody coming from the Music pod. Maybe that was due to the children all being absorbed by their learning, or perhaps because exams were underway. Or, maybe it’s down to thoughtful arrangement of the teaching spaces, good acoustics and those generous circulation areas? 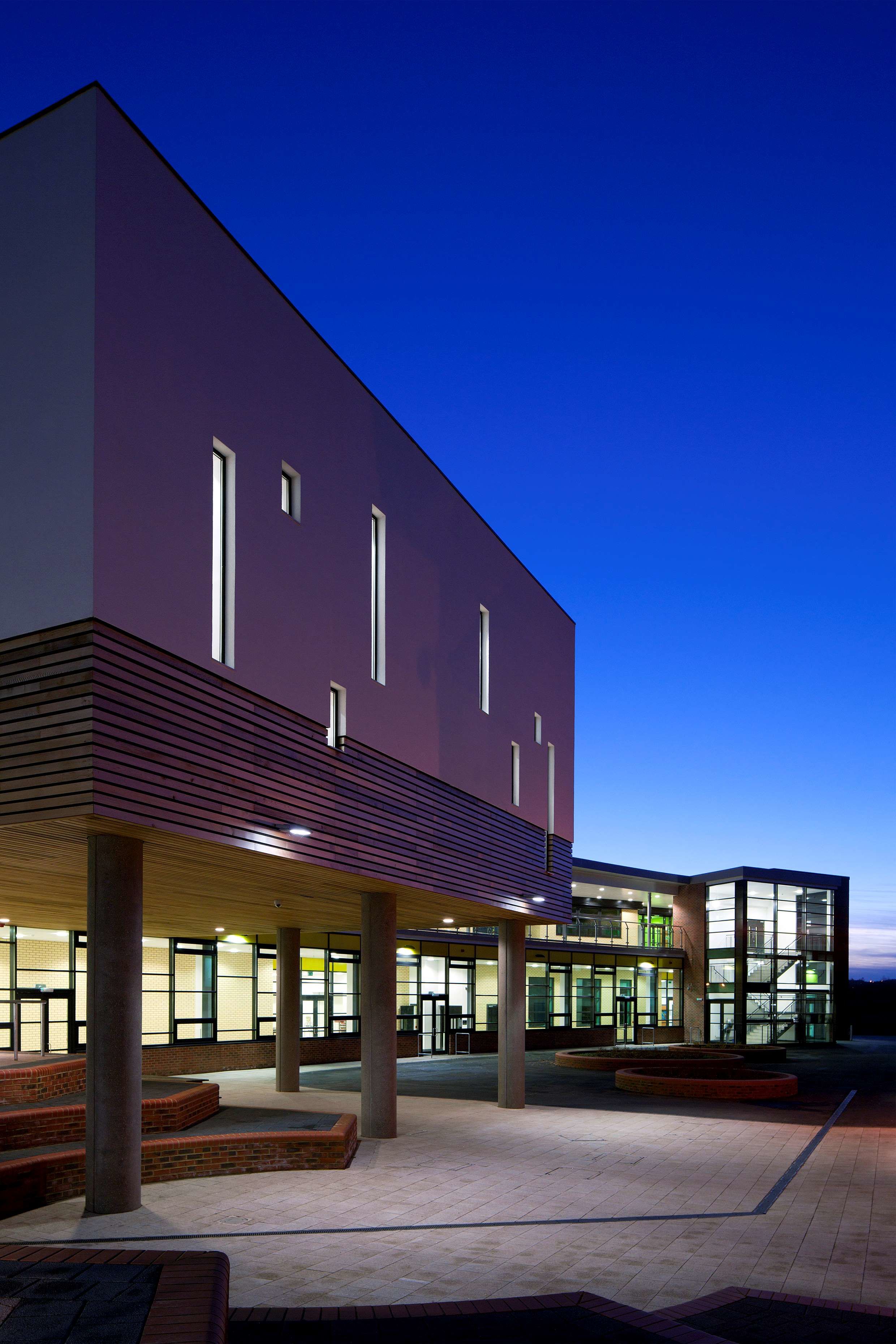 Overall, the spacious layout of the main building left us with a lasting impression of a light, bright and inspiring place for students to learn. Very appropriate when the school’s motto is ‘Sic Luceat Lux Vestra’ - Let Your Light Shine. 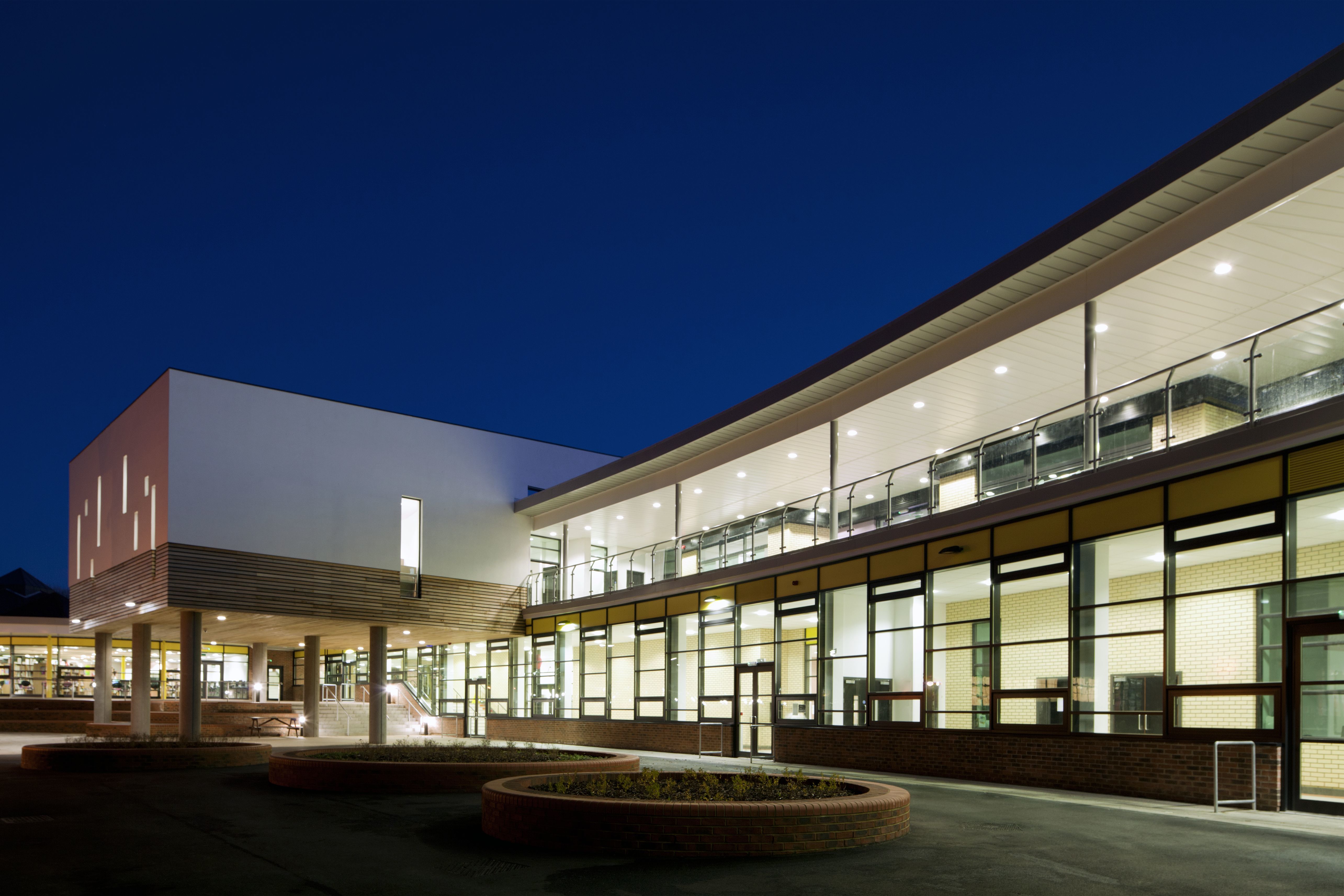 ***Our thanks to John Green, Assistant Head, for giving us the guided tour of St Robert’s.***