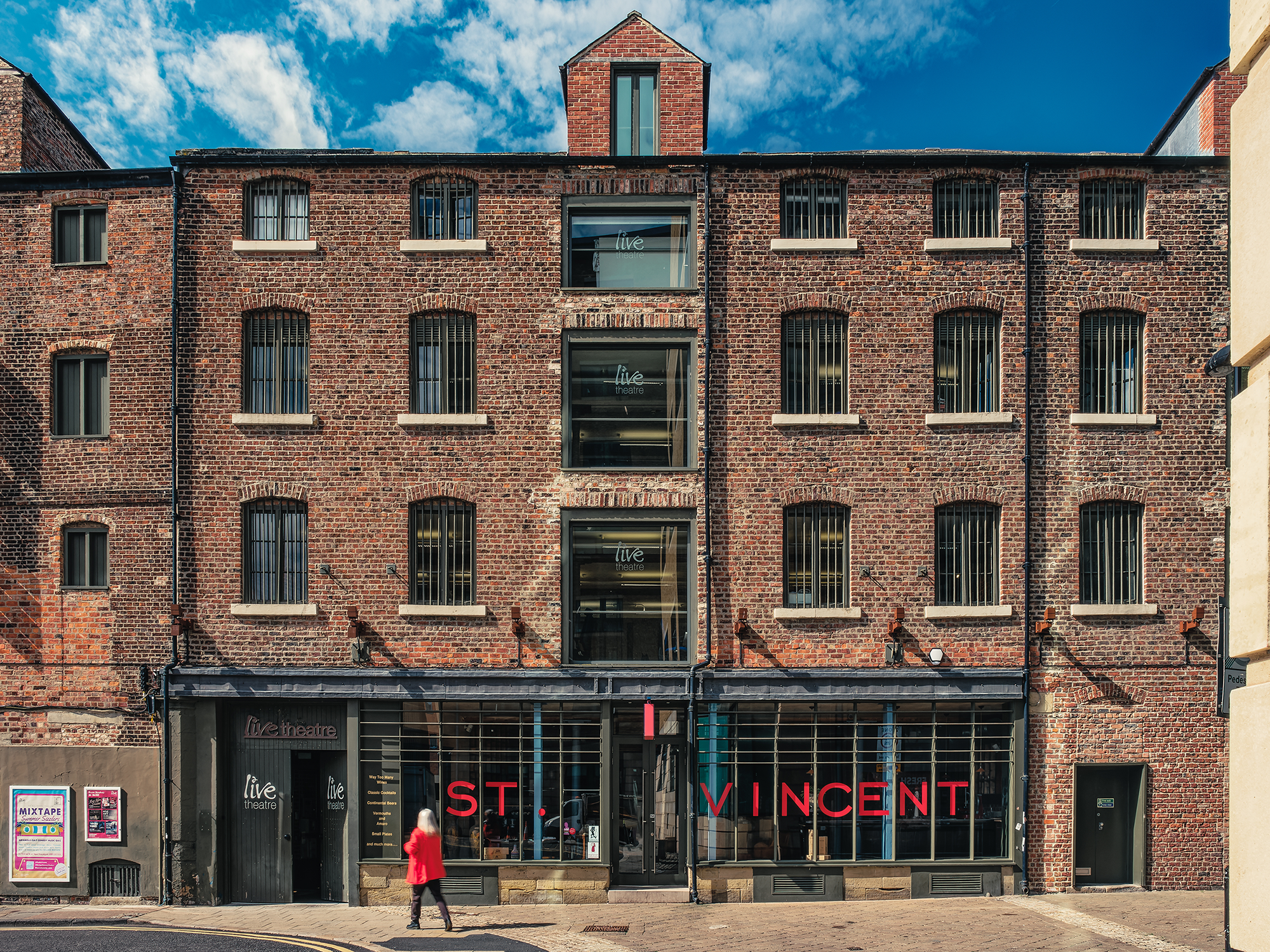 Walking along Newcastle’s Quayside and up Broad Chare past the mix of bars, commercial buildings and coffee shops, alongside the dramatic presence of the Law Courts, may be a familiar route for many a Geordie and weekend visitor, but how many will have taken time to explore and appreciate the cultural gem, sitting behind these properties, that is Live Theatre?

Spanning several listed and heritage buildings including former warehouses, alms houses and part of Trinity House, with its main frontage on Broad Chare, its Joint Chief Executive Officer, Jacqui Kell, describes the Live Theatre complex as “feeling as though it’s wrapping its arms around you.” She’s not the only one that senses this. Many of the visiting artists have commented similar. It's difficult to pinpoint exactly what creates this welcoming feeling. Maybe it's the warm red brick walls that meander through the main entrance, up through the airy atrium, around into the foyer bar and into the cosy undercroft – a place which, ironically, in its past was a hostile, unreceptive place, used to hold prisoners of war in Napoleonic times. The whole place has a sense of intrigue. Perhaps you could call it the X-Factor. 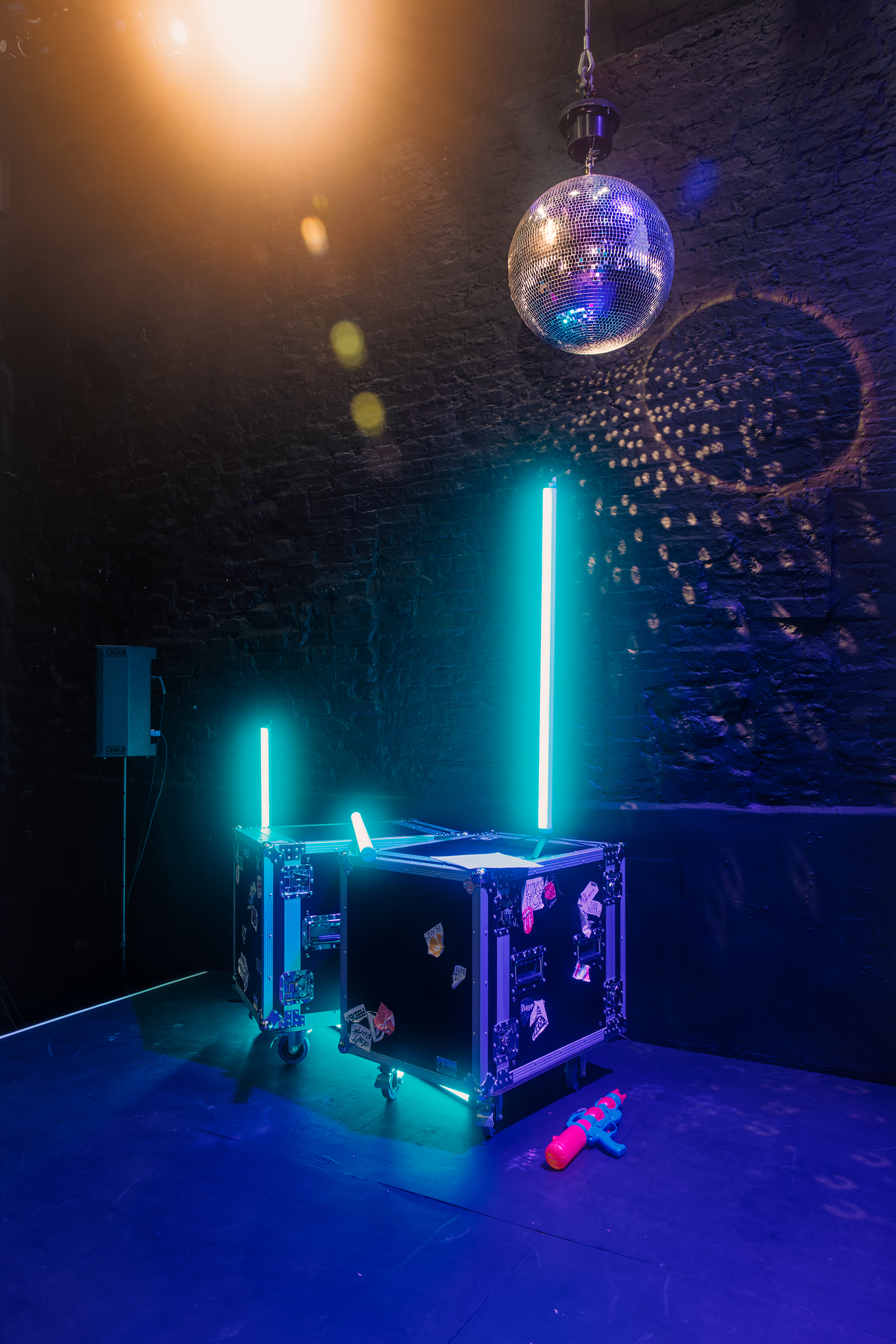 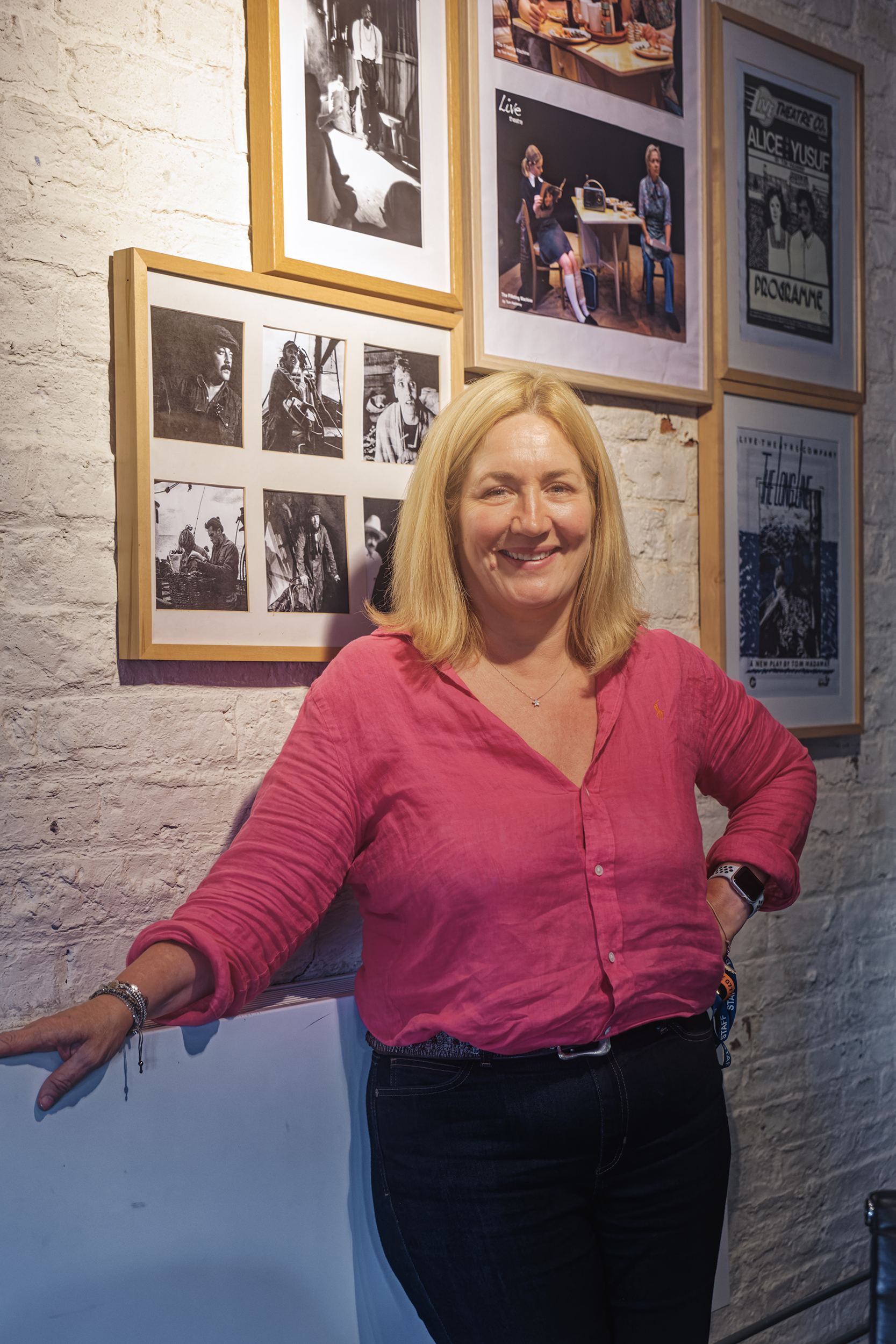 Parts of the property date back to the early 1500s and enhancing and celebrating the building’s heritage has been an important feature of its redevelopment work over recent years.

Established back in the early 70s by a collective of actors and musicians, The Live Theatre Company, as it was then, was their means of creating employment for themselves. The entrepreneurial group toured, taking their story-telling stage to venues like community halls and workingmen's clubs, engaging audiences who may otherwise never have considered going to a theatre to watch a play. This touring continued until the early ‘80s when the group moved into its permanent base in the converted warehouse on Broad Chare. Fast-forward to the mid-2000s, when the now well-established Live Theatre developed a bold plan to expand these facilities further. The project had a familiar intention – to be a catalyst for economic growth and to create more new jobs and creative opportunities for local people.

The redevelopment work saw Space reinvent several disused and derelict spaces within the historical complex, bringing them back to life as writers’ studios and offices, rehearsal spaces, an intimate performance area. 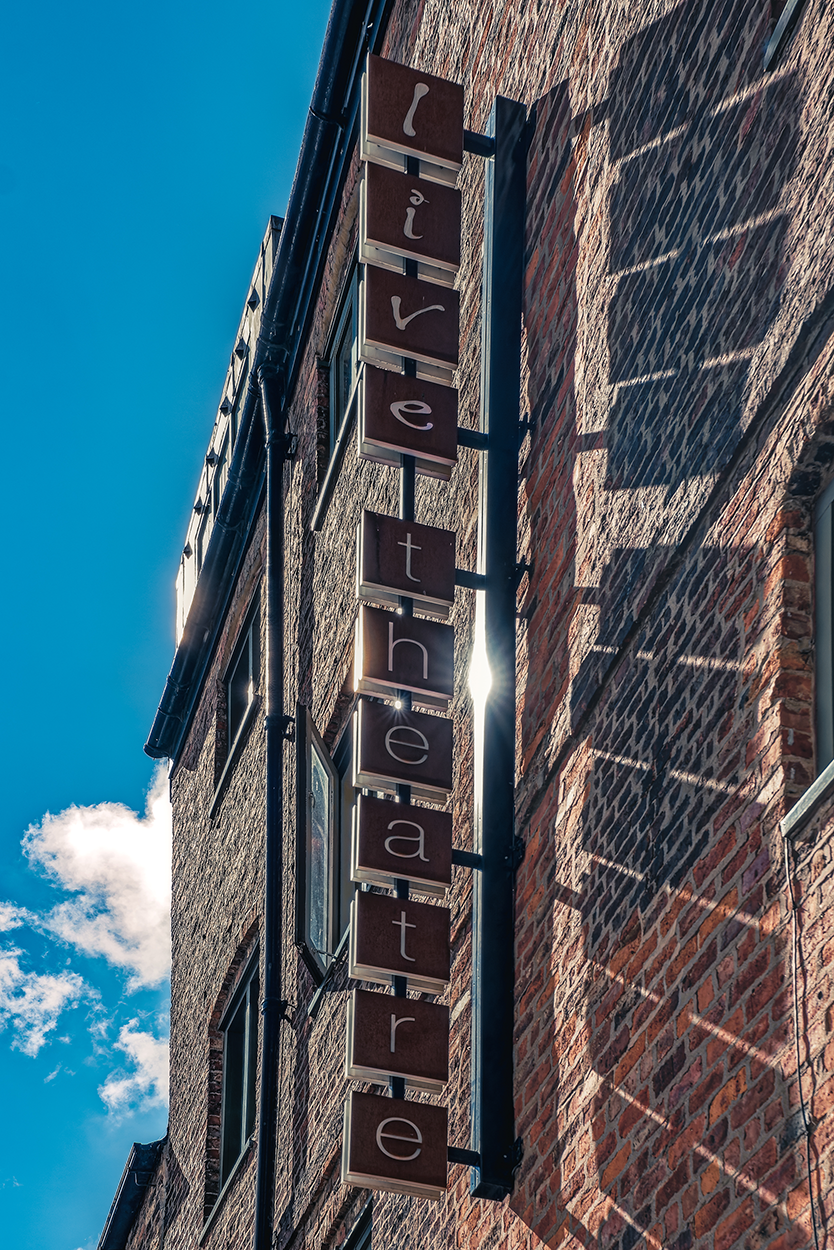 By enclosing a former alleyway between the buildings, a place for a new welcoming entrance, box office and circulation space with bar and café was created. The focal point of the new ‘street’ as it’s affectionately known, is the light, airy atrium and stairwell with lift connecting all four floors. The original performance auditorium was remodelled and expanded, with a balcony added to increase its capacity whilst, importantly, maintaining sufficient space for cabaret tables in a nod to the theatre’s origins touring club venues.

The refreshed and expanded facilities enabled the theatre to welcome a greater number of writers, artists and shows to use its space and helped stimulate new opportunities for up-and-coming freelance creatives and technicians. Subsequently, its growing public profile also helped Live Theatre to build beneficial relationships with other successful local business– including with the 21 Hospitality Group, which now runs two food and drink businesses from the Live Theatre premises – The Broad Chare and St Vincent.

Live Theatre's roots in social enterprise remain strong and unshakeable. It’s still fiercely dedicated to making theatre and performing arts accessible to all. You can buy a ticket to a show there for as little as six pounds.

Jacqui proudly tells us about the jewel in Live Theatre’s crown – its Youth Theatre. “It’s the region’s largest free theatre group for young people and we currently have 172 members between the ages of 10 and 25 who enjoy our weekly sessions. Some come to act and perform; some come to write and create or to help build their confidence. It’s a great place to make friends and socialise.” Back in the mid-2000s the Youth Theatre member numbers were nearer to 20.

Live Theatre continues its aim to inspire and educate youngsters in the region by also giving educational talks and welcoming work experience students to try their hand at a range of creative and audio-visual roles.

Space gets a real buzz from being able to help preserve and repurpose heritage buildings like this, for use by generations to come. The joy of this project comes, not only from the regeneration of the buildings themselves, but from seeing that, almost 15 years on, the spaces we helped make are continuing to support Live Theatre’s raison d'être – creating opportunities for up-and-coming local talent and sharing stories that are rooted in our region.

***Our thanks go to Jacqui Kell for welcoming us on our revisit Live Theatre. You can learn more about the theatre by following them on Instagram @livetheatrenewcastle, Twitter @LiveTheatre and Facebook https://www.facebook.com/livetheatre/.*** 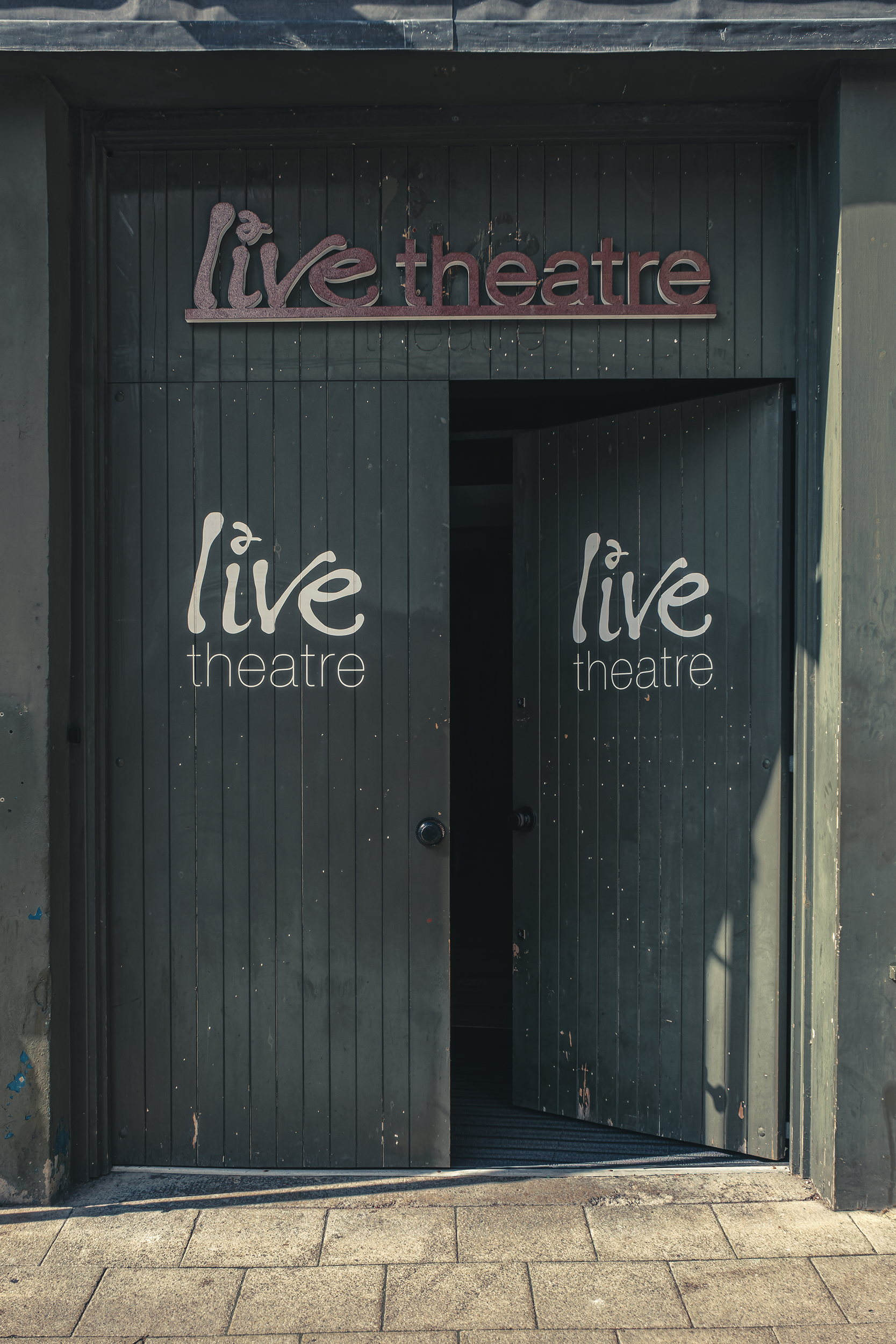