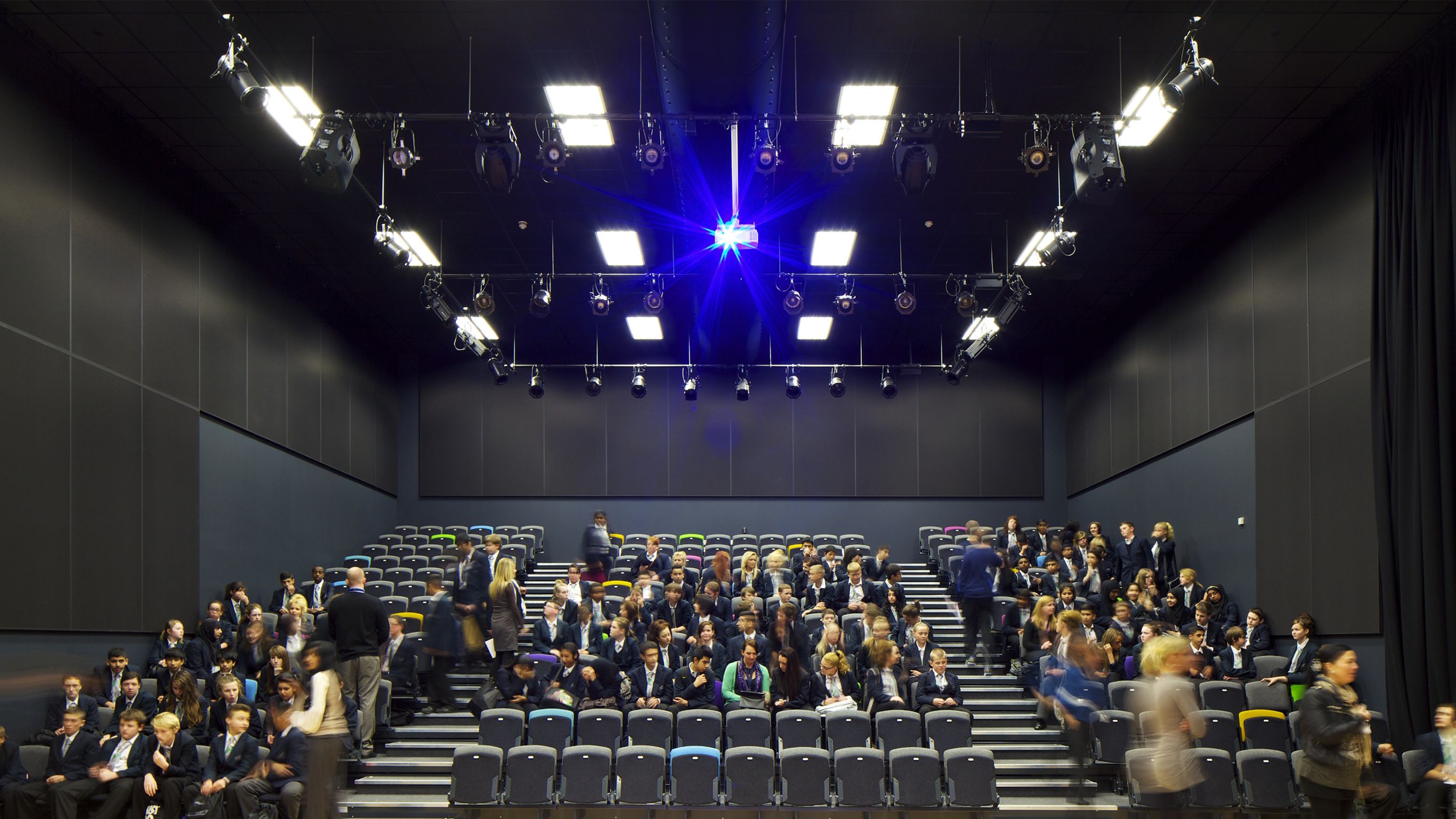 Oakfields Community College is a major £22.5 million project for a new 1,350 pupil secondary school in Acklam, Middlesbrough replacing the existing Hallgarth and Kings Manor Schools on the same site. The twin school specialisms of performance and sport are greatly enhanced. 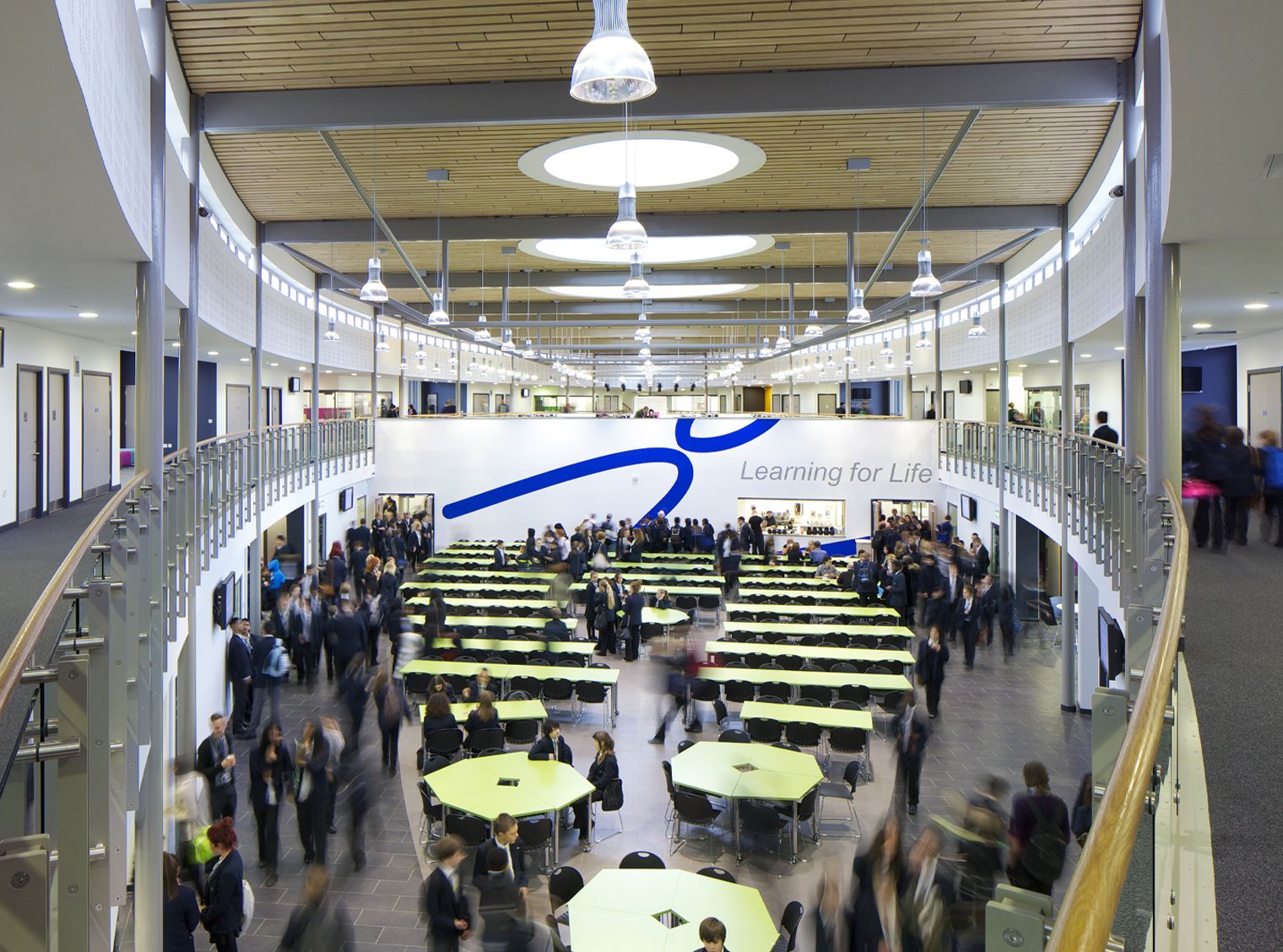 Flexible learning environments are grouped around the atrium, in blocks tailored according to faculty use and each with pastoral and leadership areas embedded to support a personalised learning pedagogy. The library and media centre is wrapped by two tapered wing roofs that symbolically link the school to its community, drawing in visitors, sports people and community groups extending the life of the school in the evenings, at weekends and over summer. It is a truly flexible, interactive and inspirational space for all. 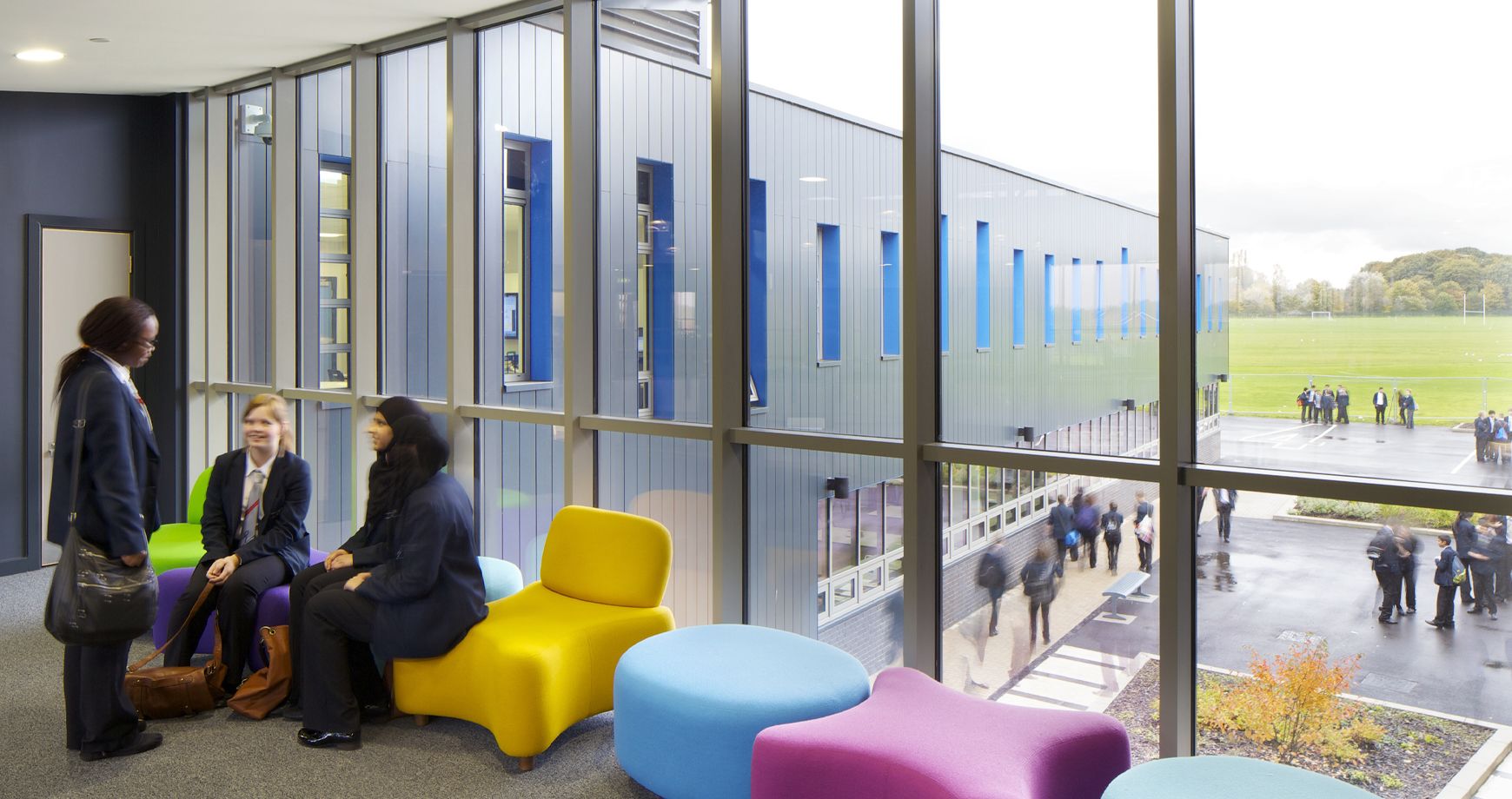