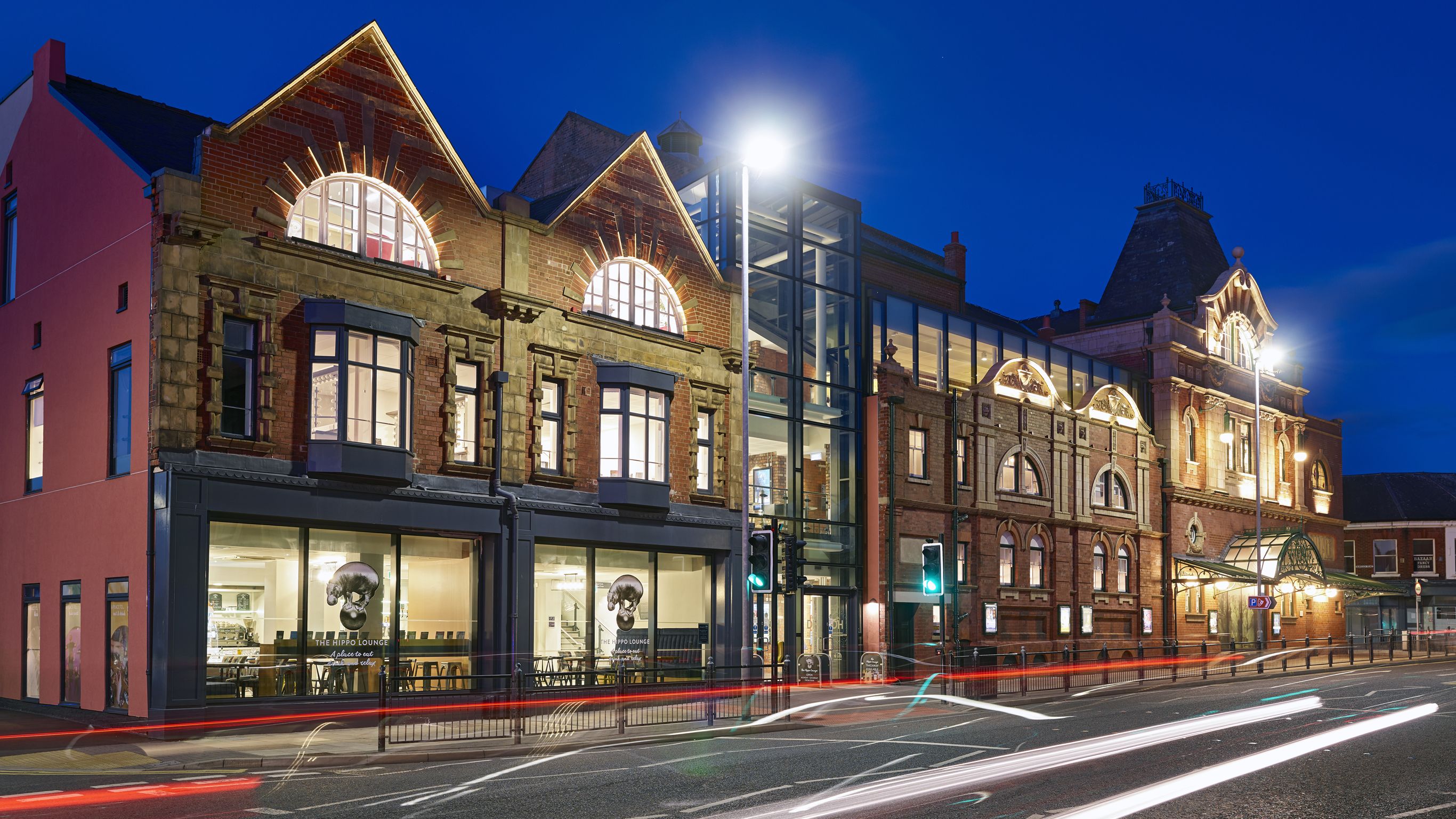 On Friday 1 March 2019, Space Architects were awarded the Selwyn Goldsmith Award for Universal Design as part of this years Civic Trust Awards for their work on the Darlington Hippodrome and Theatre Hullabaloo.

The project (which the team began designing in early 2015 and commenced on site in June 2016 opening on time and on budget by November 2017) involved the refurbishment, remodelling and extension of a Grade II listed Edwardian theatre. The Space team have successfully restored the historic exterior and its heritage auditorium whilst being able to simultaneously create contemporary designed facilities including galleries, bars and cafes and a purpose designed children’s theatre resulting in the project creating a cultural hub and focus for community activity.

David Coundon, Director at Space Architects said: “It has been thoroughly rewarding to be given the opportunity to nurture the theatre back to its original beauty and to create a sustainable cultural centre fit for the 21st Century.

“These theatres are now set to become a cultural hub that can inspire people in the arts, a place that can champion cultural life, and a place that meets the ambitions for regeneration and growth.”

Funding for the scheme was provided through a £1.5m grant from Arts Council England to Theatre Hullabaloo, quickly followed by a £4.5m grant from the Heritage Lottery Fund in March 2016 for Darlington Theatre.

As well as improved seating there has also been an increase in capacity, which together with improved back stage facilities for touring companies, enables larger shows to be accommodated. A new education centre and improved public spaces support a vibrant new range of daytime learning and engagement activities.

The Hullabaloo includes an independent but linked 150-seat studio theatre, family café, creative play spaces plus rehearsal and office space. The Hullabaloo will deliver creative play installations, a wide range of creative opportunities and classes for families and it will be a focal point for creative education. It will be available to community arts users when not serving its primary audience.

Lynda Winstanley, Theatre Director, added: “Space Architects has taken great care to listen to us at every stage, ensuring all key stakeholders were on board with their plans from the beginning.

“The overall outcome is a space which is accessible to people and that they feel a part of.  The Theatre will be a beacon of cultural excellence for the local community and further afield.”