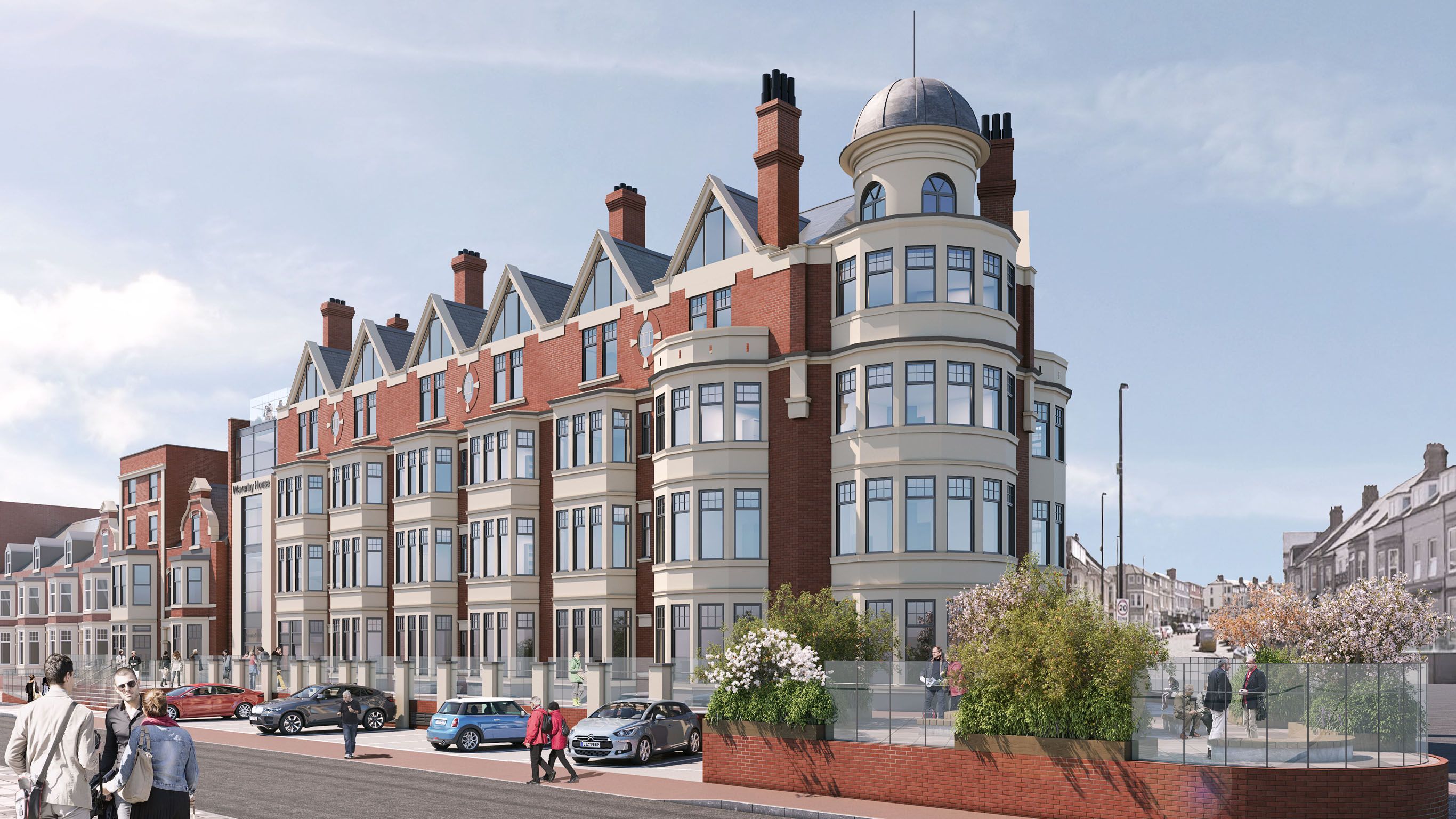 The first steps to converting the former Rex Hotel into a luxury 83 bed care home with associated dining, leisure, treatment, administration, and support facilities have commenced on site.

Ultimately the scheme will restore, remodel, refurbish and extend this locally listed existing building to provide state of the art facilities for elderly residents and young (YPD) residents but phase one of this process are the demolition works now in progress to remove the later poor quality extensions to the front and rear of the existing building and remove the more recent infill block to that divides the historic buildings. At the same time internal concrete and block walls which break up some of the former grand spaces are also being demolished.

A pamphlet issued by management in the early 1920s described it as one of the largest and most up-to-date on the North East coast. It had about 150 bedrooms and a heated garage and tennis court. In the late 1930s the hotel changed its name to The Rex and got a licence to sell alcohol for the first time.

As stated above the proposal is to reuse the original hotel building whilst demolishing later extensions that are detrimental to the historic asset. A new fit for purpose extension is to be constructed to the rear with a lightweight mostly glazed infil between the new and existing. The original hotel side and rear facades will be visible from the circulation areas within this “transition” space. This space will also extend to form a ‘glass box’ insert with new entrance, foyer and social facilities between the original Rex Hotel and the adjoining terraced housing (formerly the original Waverley Hotel).

The renovation of the prominent and historic Rex Hotel will positively contribute towards the Councils wider aspirations for the sea front area. At the same time as creating a new and sympathetic purpose to bring this redundant building back into use, the scheme also encourages the re-discovery of the original elegant building. 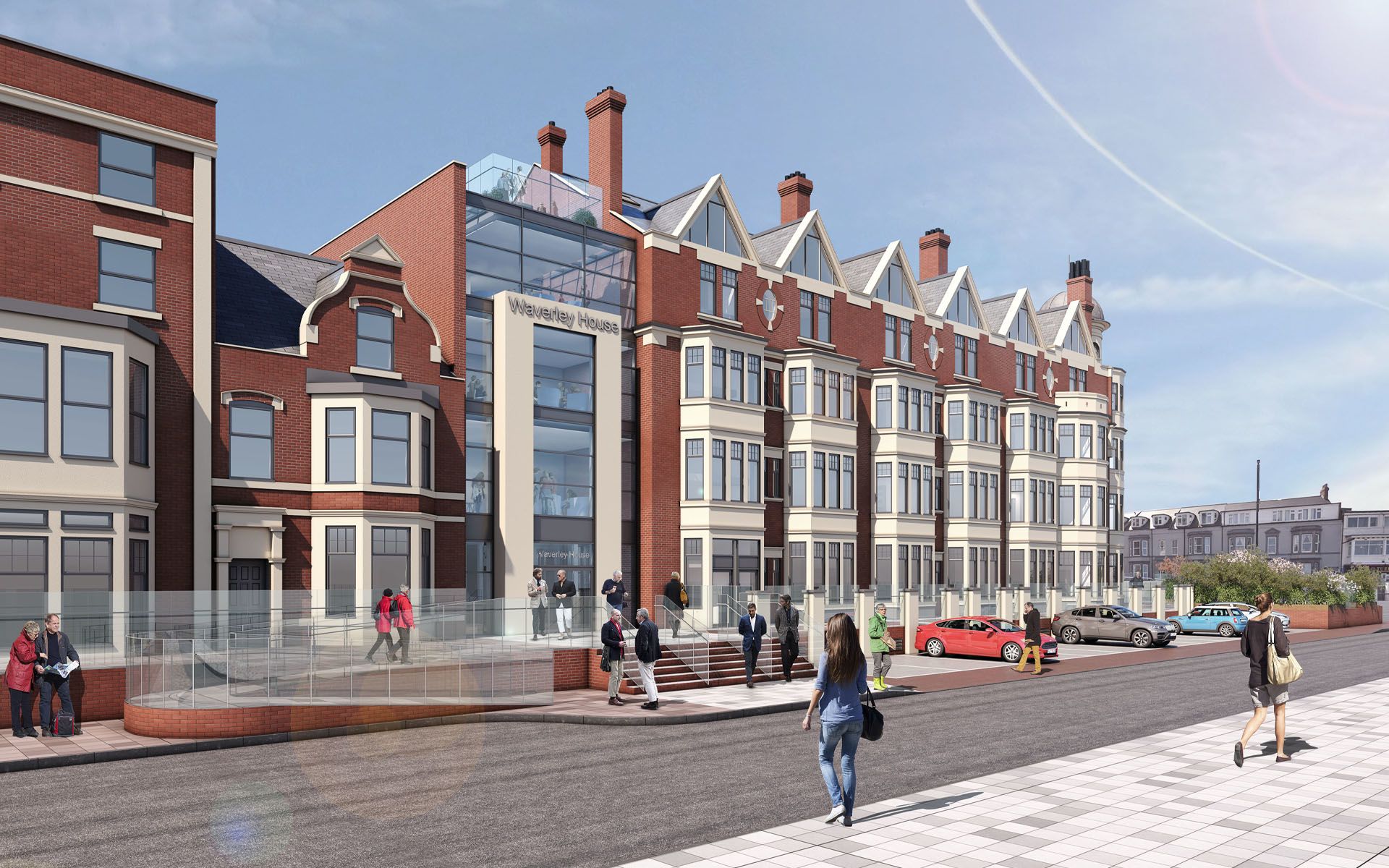