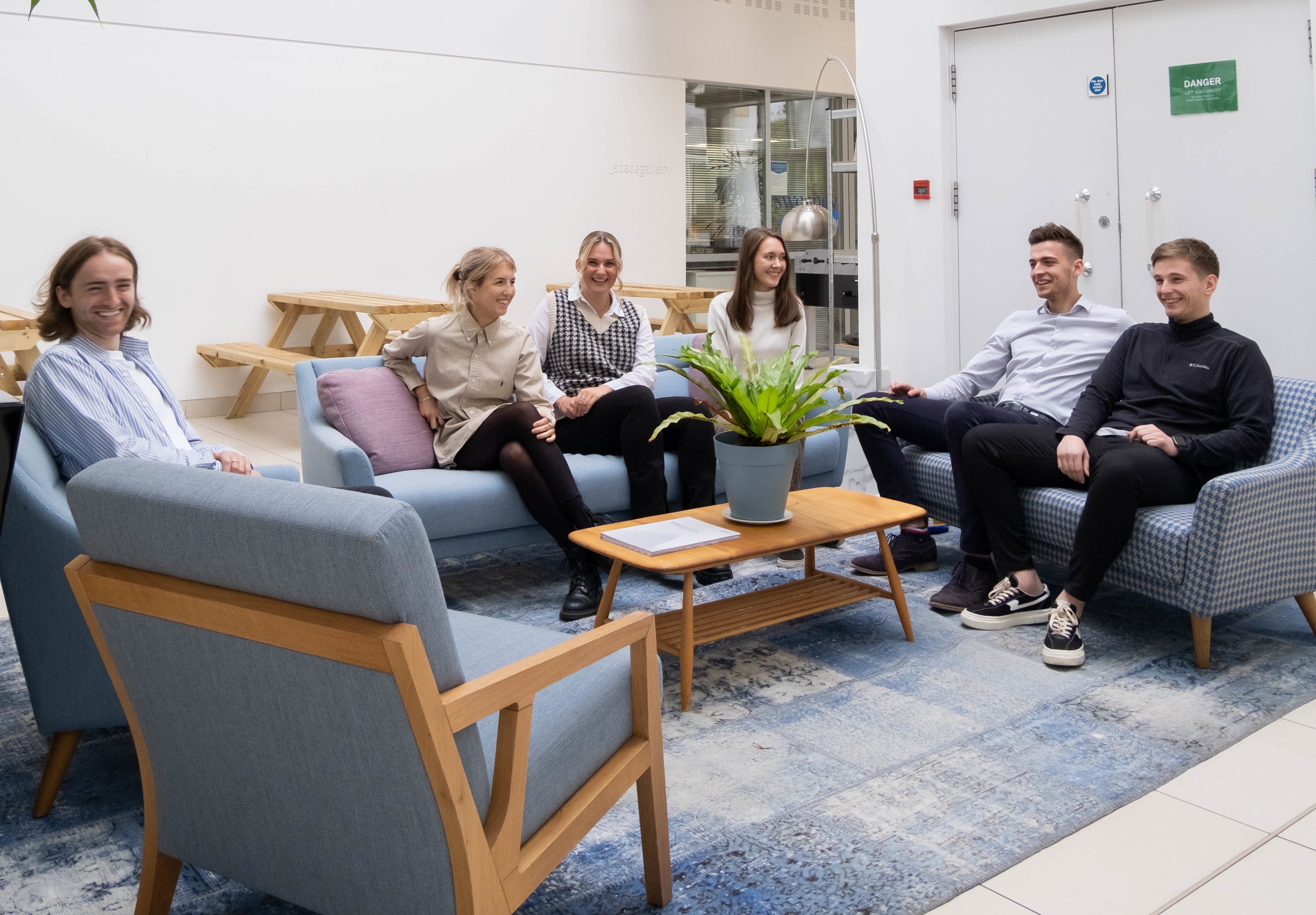 Over the summer, we have recruited several graduates who make up the Class of 21.

Space has a long-standing commitment to supporting those starting their career in the Architectural profession. The group includes Part 1 and Part 2 Architectural Assistants as well as Technologists.

Graduates have joined us from Manchester, Liverpool, Dundee, and of course Newcastle.

They will join the year-long Space graduate programme which includes seminars on building regulations, the RIBA Plan of Work, CDM, and practice management.

They will attend an intensive Revit training programme over several weeks.

The graduates will benefit from broader Space development, including the weekly "Thinking Thursday" sessions and ongoing CPD seminars.

Space Director Chris Holmes commented, "Supporting those starting out on their career has never been more critical. This year's intake has had a tough time over the past two years during the pandemic. They are adjusting to being in the office, which for most, is their first experience of a work environment."

William Dingwall recently graduated from Northumbria University with a MA in Architecture. Having completed his Part 1 placement with SPACE and continuing to work part-time during his Master's studies, he joins as to Part 2 Architectural Assistant.

"To join SPACE, I moved from Scotland to Newcastle. I thoroughly enjoy seeing all the friendly faces now we are back in the office, and I look forward to many happy years here," says Millie.

Sophie Kebell joins following completion of her Part 1 studies at the University of Liverpool.

"I have an interest in designing for the elderly whilst following net-zero carbon principles, which is why I joined SPACE as I know these are specialisms of the practice. Living in Newcastle was also an important draw," says Sophie.

After completing her undergraduate degree in Manchester, Sarah Bedwell joined as a Part 2 Architectural Assistant. Sarah's interests include cultural projects and the social impact of architecture”.

Brad McDonald joins after completing his Part 1 degree at Sheffield Hallam University; Alex Barnes joins from Northumbria University to complete his Part 3, as does Lucy Hartley, who joined us from Newcastle University.