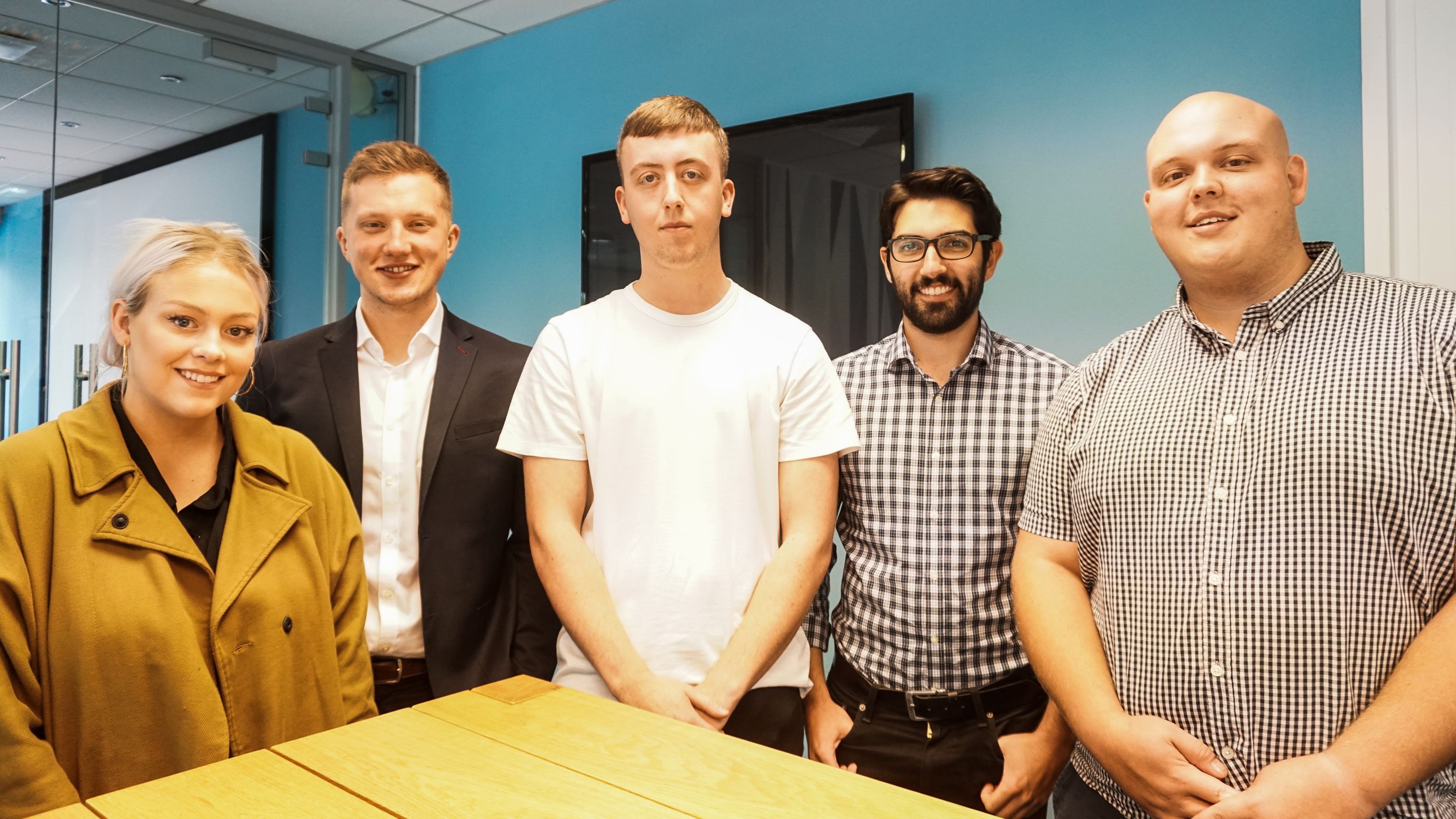 Four university graduates and an apprentice technologist have joined the team at SPACE.

Miranda Hornsby and Ben Szott have both joined as Part 1 Architectural Assistants and are already well underway on their first projects. Hornsby, 21 is working with the team re-developing the Stockton Globe Theatre and Szott, 25, has been tasked with Morpeth County Hall.

Liam Clerkin and Robert Gibson have also joined the team as Part 2 Architectural Assistants, Clerkin added: “I studied Interior Architecture at undergraduate level and have held an interest in adaptive reuse.” A perfect fit for our graduate then, who has already began assisting on a re-development project on Grey Street, Newcastle upon Tyne.

Apprentice Architectural Technologist, Lewis Bowman, has joined the SPACE cohort whilst studying a Level3 BTEC Diploma in Construction and the Built Environment at Newcastle College. With a keen interest in the relationship between construction and healthcare, Lewis said: “the reputation of SPACE and the projects they have worked on made it an appealing company to work for.”