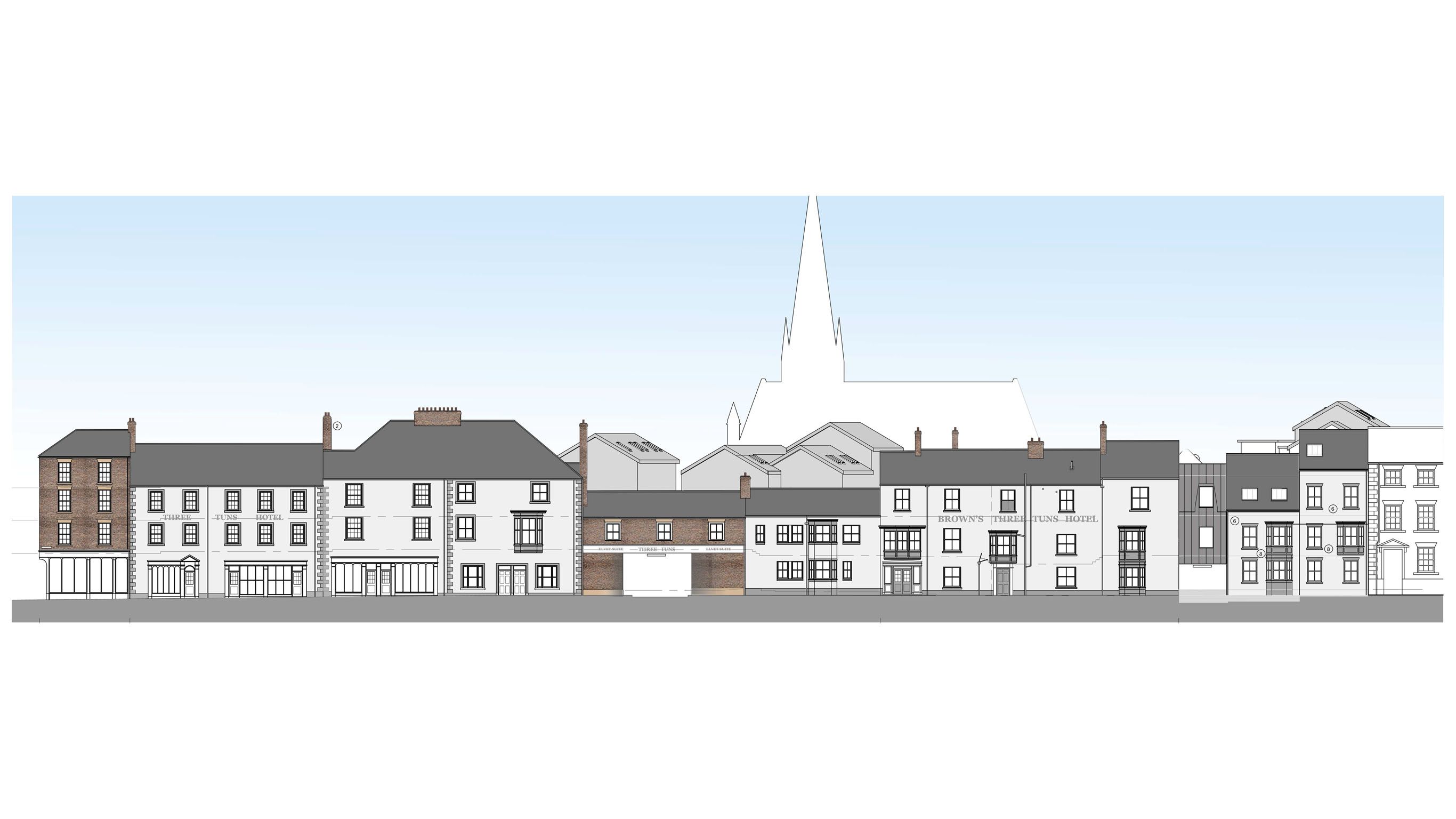 Despite the restrictions that have become part of everyday life since the COVID-19 lockdown, Space’s student residential scheme in the heart of the historic Durham City is making good progress on site.

This ambitious scheme, designed by Space Architects for Three Tuns Developments Ltd, combines the imaginative conversion of the former Three Tuns Hotel complex with new purpose-built accommodation to provide a unique and holistic facility with a total of 168 student study bedrooms and studios along with associated kitchens, lounges and social spaces.

Ultimately the works, which are being undertaken by Meldrum Construction Services, will fully restore, remodel and refurbish the existing heritage buildings as well as creating three new build blocks to provide high quality facilities for the students in residence on this site rich with history.

A coaching inn is known to have occupied the premises for hundreds of years. The earliest detailed plan is a town plan of 1861 and this shows the Three Tuns Public House occupying two former C18th town houses and a building to the south. The Three Tuns continued to expand and develop over the years and traded more or less continuously as a bar and hotel until its relatively recent decline and closure in 2013.

The full site, located in the Durham City Centre Conservation Area, stretches from the Grade II Listed no.1 Old Elvet at its north end, to the vacant frontage adjacent to the Police station at its south as well as east from New Elvet to the boundary with Elvet Methodist Church. The site encompasses all the floors above ground within 1-9 New Elvet, the historic buildings that form the earlier phases of the Three Tuns Hotel (also Grade II Listed) and the later additions at the interior of the site, e.g. the former Princess Ballroom and its own 1970s extension.

The scheme is well underway with new studios already created within the original hotel building and many of the later extensions (that were detrimental to the historic fabric) already demolished.

The structural frames and forms of two (of the three) new fit-for-purpose blocks have reached full height and the foundations for the third (which will complete the line of the former street frontage to New Elvet) are now in place. The new build blocks are linear in form (following the lines of the medieval burgage plots that once occupied the site) and have differing roof heights. This roofscape respects the massing of the existing buildings across the site and has been carefully refined to allow key views of the World Heritage Site to be maintained. Soon new courtyards will be formed between the new blocks and existing buildings. 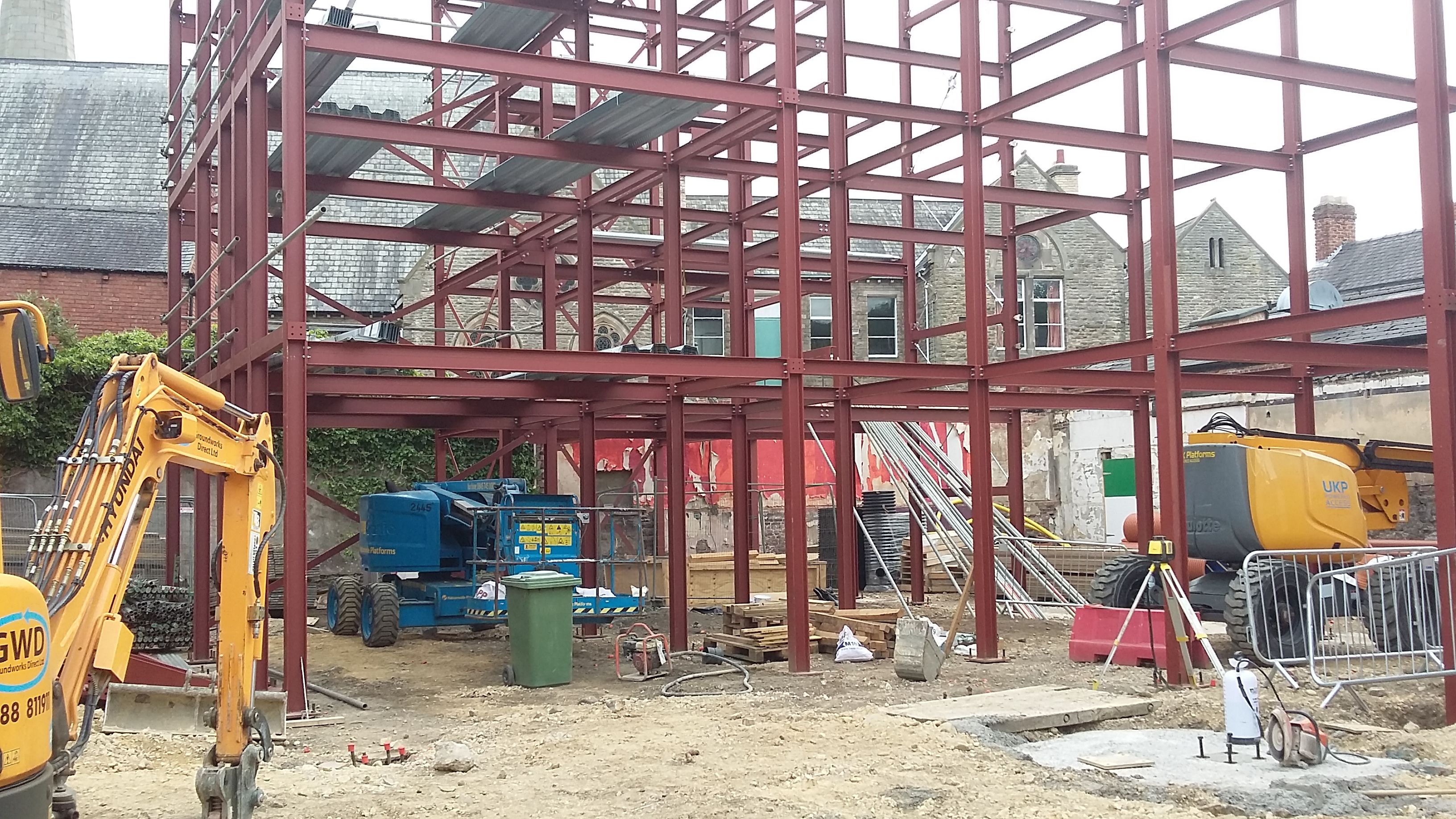 “The renovation of the prominent and historic Three Tuns Hotel will breathe new life into this area of the City. At the same time as creating a sympathetic purpose to bring these much-loved redundant buildings back into use, the scheme also restores the former street frontage to New Elvet”.

“The proposals developed by the Space team show a good mix of study rooms, studio rooms and individual, cluster and communal facilities… provided across the new and existing buildings on this sensitive site within the Conservation Area. By rationalising the layout of the new blocks, we feel that the architect maximised the quality of the internal and external spaces. Similarly, by standardising room layouts the quality of external materials and internal finishes was optimised.... In addition to being sensitive designers, we have found Space to be good at listening, professional and delivery focused”. 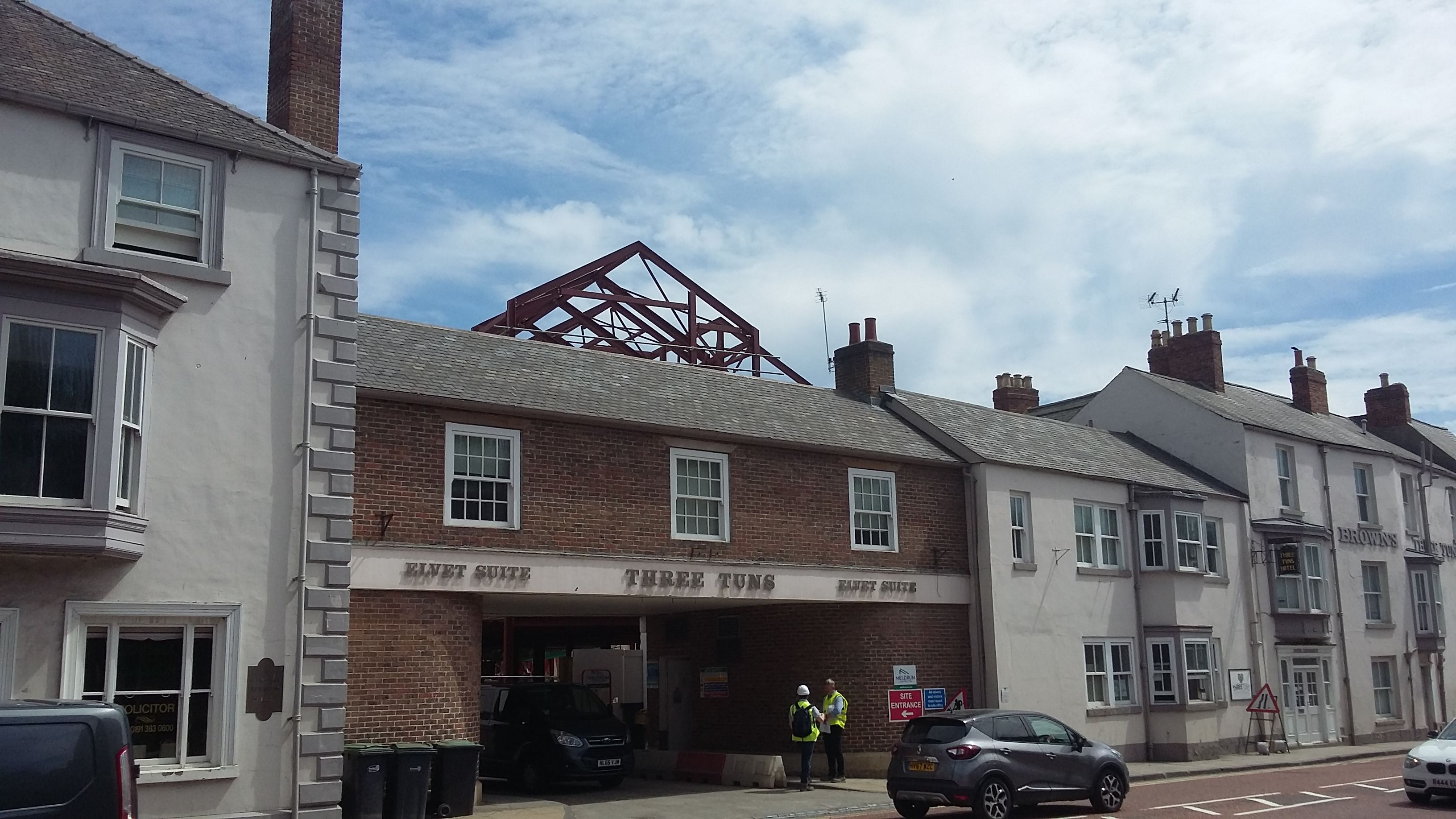