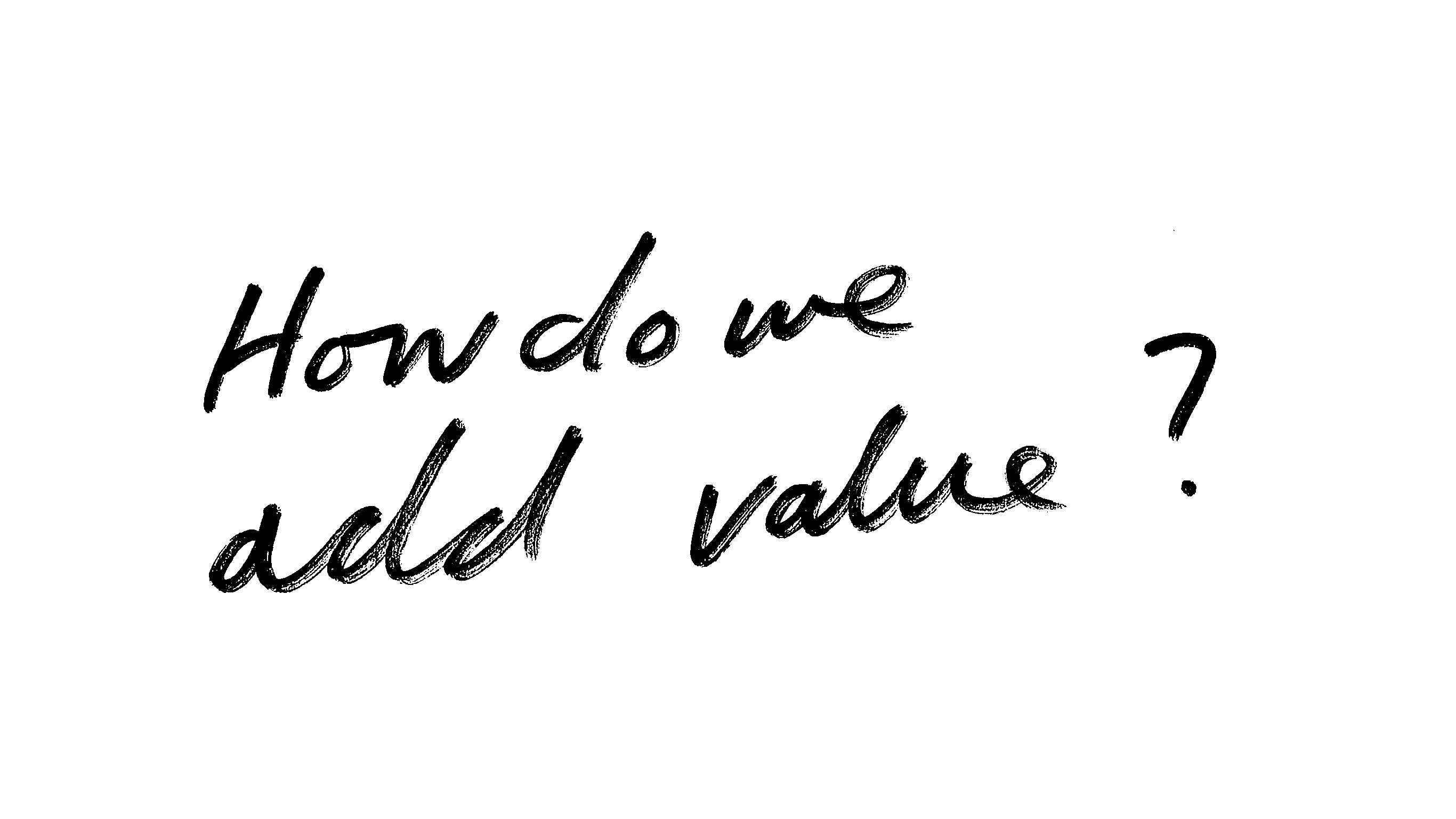 Recently a colleague of mine asked me to take part in a “Procuring for Value” presentation.

As it was a little while away, I agreed to do it. I was to share the stage with Ann Bentley, who sits on the board of the Construction Leadership Council and who leads the Procuring for Value stream. Clearly, she would know her stuff on value and there was a risk I would be exposed.

As it got closer to the conference, I thought I should have a look into the subject. This wasn’t an event where you could just dust off an old presentation.

When I looked at the topic, I realised how little I knew about value! Over the years I have heard the word used many times in construction; added value, best value, value engineering etc. I have always been sceptical of these terms as I have never been convinced anybody really understands them in their truest sense.

It soon became apparent I needed to know my subject so I could talk in an informed way. I decided to research value and how it impacted on the construction industry.

I decided that I wouldn’t claim to be an expert (which I clearly wasn't), rather I would share my journey learning about value.

I always start with the dictionary definition:

Value: monetary or material worth, as a commerce of trade.

Then I needed to understand the meaning of ‘worth.’

Worth: good or important enough to justify (what is specified)

What I noticed was that there was no mention of the word ‘cost’!

In relation to cost and value I thought I would start with cornflakes - you might say that’s a strange place to start. Is a £2.59 box of Kellogg’s cornflakes better than Lidl own brand at 72p?

One definitely has a lower cost than the other but not necessarily better value. If you like Kellogg’s and have the £2.59, this is the best value to you. If you only have 72p, Lidl is the best value.

I then considered the Costa Coffee drive through. I have a coffee machine in the house but still use the drive through. A coffee at home is cheaper but to save me time to allow me to do something else, Costa is better value. Therefore, time also seems to have an impact on value.

Then I started to think about buildings…

Was the Millennium Dome good value? What about the Scottish Parliament or Portcullis House? All buildings infamous for their cost overruns.

The Millennium Dome cost £789m to build for just a one-year life span. On this basis it is difficult to justify value. However, nearly 20 years later it is one of the best music venues in the world. I would argue it is becoming better value every year.

What about the Scottish Parliament? In 1197 it had a budget of between £10m and 40m. The final figure was £456m. When it opened, it was seen as a huge waste of money. However, this building now represents Scotland around the globe and will do so for decades to come.  I wonder how many Scottish people still believe it’s a waste of money and would have been happy to spend £10m to house their devolved parliament?

When the Houses of Parliament were built it had a budget of £750,000. It eventually cost £2m. There was public outcry at the time. How many today would say the Houses of Parliament were a waste of money? Not only is this a globally iconic building and the seat of government but it also attracts millions of tourists every year, bringing millions of pounds into the country. Is this added value?

Finally, Portcullis House. The roof is infamous in that it would have been cheaper to clad the roof with Rolls Royce’s. Firstly, would the cars still be there in 100 years’ time and would the roof be leaking?

Also, how would we feel if there was a low cost building next door to Big Ben?

What about more mainstream buildings such as schools or housing?

Take clasp schools for example. These buildings were built to address a baby boom and a surge in pupil numbers in the 1960s. Clasp was a lightweight system build, way ahead of its time.

Today these building are often criticised and unloved. They are single glazed and poorly insulated. However, I would argue they were good value.

They had a design life of 15 years and were intended to address a specific need of the time. However, 60 years later, they are still standing and being used across the country.

Without investment, the buildings go beyond value to be a liability - suggesting a building has a maximum value which then diminishes without ongoing investment. Some of these schools have been modernized and improved - stretching their value even further.

Taking housing as another example. Homes for Heroes were built in large numbers for soldiers returning from the Second World War. The houses had to be built quickly so that much needed housing could be provided.

Again, these were provided to address a specific short-term need. In solving the problem, they proved to deliver great value. Today, many are still standing and those which have been well maintained continue to deliver good value to their owners.

Value seems to be defined by time, capital cost and ongoing investment. Other aspects to consider include social and economic benefit.

There are examples for other sectors which we can reference. For example, cars are often bought on a fully maintained lease or a PCP. This removes the capital payment and puts much of the maintenance responsibility onto the manufacturer.

Could we develop a similar model for building? I believe we did with PFI. The principal of the government reducing capital spend by agreeing an annual revenue payment could have delivered value. However, the contracts were poorly executed which gave the model a bad reputation. I suspect that in years to come, many of these deals will be considered best value.

From a housing perspective, Space Architects delivered Spacehus as part of an R&D project. This delivered housing with an all-inclusive long-term rental model. As the developer we found, for example, that we could justify and recover the capital investment in additions such as photovoltaics over an extended period of time.

So, after my exploration and research into value, I learnt that:

So, what does the future hold?

As we continue to progress into our digital future, data will define value objectively. We can gather feedback over time through sensors which are continuously monitoring information, providing more detailed analysis.

Currently, post-occupancy evaluation is usually carried out on buildings after 12 months. In the future, extended feedback will help define value as a building matures. For example, we will be able to assess the investment in flexibility or investment in better quality materials over a number of years. The Houses of Parliament is a great example of how value has been demonstrated way beyond any construction project.

After my research, I presented my findings to the audience. I don’t think I solved the question, but I certainly gave everyone something to think about. Not least ‘how can Lidl sell cornflakes for 72p?